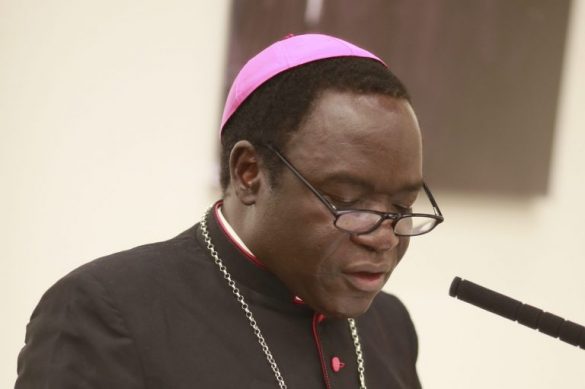 The Catholic Dioceses of Sokoto have dismissed the trending news of the attack on the residence of Bishop Mathew Hassan Kukah at the instance of violent demonstration that erupted in the state over the killing of Deborah Emanuel accused of blasphemy and the continued incarceration of her alleged killers by the Police.

In a statement signed by Mr. Christopher A. Omotosho Director, Directorate of Dioceses social communication, and made available to newsmen in Sokoto, it was described as a fake news item trending on social media that the bishop’s residence was attacked or vandalized by the protesters on Saturday.

It was however stated that a community bus stationed at the premises of the Dioceses secretariat St Bakhista was destroyed during the unfortunate incident.

The statement equally made it clear that a Catholic Church along Ahmad Bello’s way was attacked and doors and windows were also smashed by the protesters.

It was also said in the statement that a similar incident occurred at the new hospital under construction and belonging to the Dioceses was also attacked and doors and windows smashed by the alleged protesters numbering in hundreds.

The Dioceses however suspended all pre-arranged Mass pending the lifting of the imposed 24-hour curfew and advised the Christian community in the state to remain law-abiding and observed the curfew as directed.

The statement commended the efforts of the state Government and combined teams of security Agencies drafted to scenes to disperse the protesters.

It could be recalled that a student of Shehu Shagari College of Education Sokoto Deborah Emanuel was killed and burnt beyond recognition for alleged blasphemy by some group of students on the premises of the institution which ignite tension in the state metropolis.

A 24-hour curfew has since been imposed by the State Government to stem the strict enforcement in the flashpoint areas of Sokoto the state metropolis.