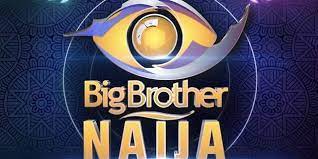 Big Brother Naija season seven has officially commenced with the announcement of its auditions.
The show’s organizers, in a minute-long video shared via their social media handles, announced that the free auditions will require participants to upload a three-minute video telling Big Brother about themselves.
The auditions usually followed by prize details and show date, are the first stage of the annual TV show. Last year’s winner Hazel ‘Whitemoney’ Onou took home N90 million worth of prizes including N30 million cash.

News of the auditions comes barely 24 hours post the Africa Magic Viewers’ Choice Awards (AMVCA). The eight-day event hallmarked on Saturday with the Awards ceremony which saw Play Network studio’s ‘Rattlesnake: The Ahanna Story’ and Izu Ojukwu’s ‘Amina’ emerged top winners.
Audition For Big Brother Naija BBnaija Season 7 2022 Now Open – Registration for the biggest reality Tv show in Nigeria BBnaija season seven (7) audition are officially open. This was made known to the public on the Big brother Naija Social Media channels and DSTV
Nigeria Twitter page.
How to Register For Big Brother Nigeria (BBNaija) Season 7 Audition 2022
1) According to the Update, for an interested Applicant to register for the audition, visit
https://africamagic.tv/bbaudition
2) Remember, your audition will include a 2-minute video telling Big Brother why you deserve to be a housemate.
3) You must be 21 years or older with a valid identity document.
This year Big Brother Naija, (BBNaija) season seven comes with N90M worth of prizes to be won