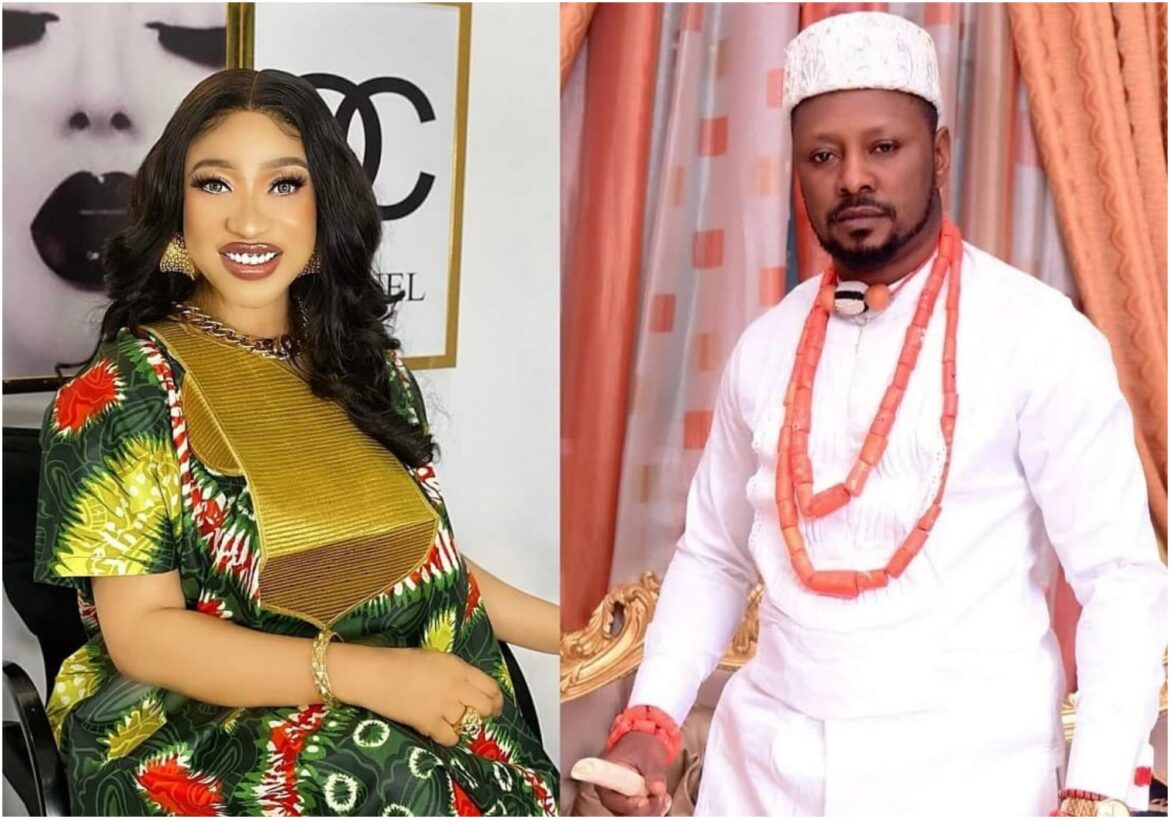 Nollywood actress Tonto Dikeh has described the recent demolition of her ex-boyfriend Prince Kpokpogri’s house as Karma paying back for his atrocities.
The movie star made this known via her Instagram page on Saturday, May 14, 2022.
“Anyone waiting for me to stop laughing is a complete joker. I can’t and will never sympathise with this man. It’s his cross, he should carry it. This man almost killed me financially, emotionally and otherwise,” she wrote.
“If I had committed suicide after he threatened to expose our explicit tape or even when he released the crying audio, it would have been two weeks of goodbyes and the world would move on. People need to understand that karma exists and I hope it’s not the last until he does the right thing.”

Kpokpogri alleged in the video that someone was behind his ordeal, citing that he wasn’t given any notice before the demolition.
The self-acclaimed activist and Dikeh have been at loggerheads since they split in 2021.
At the early stage of the relationship, it was filled with loved-up photos on social media and exchange of expensive gifts.

It didn’t take long before cracks in the relationship began to rare their ugly head.

It was followed by counter-accusations, arrests, sex tapes, third parties ‘stray bullets’ and even lawsuits.
(Pulse)