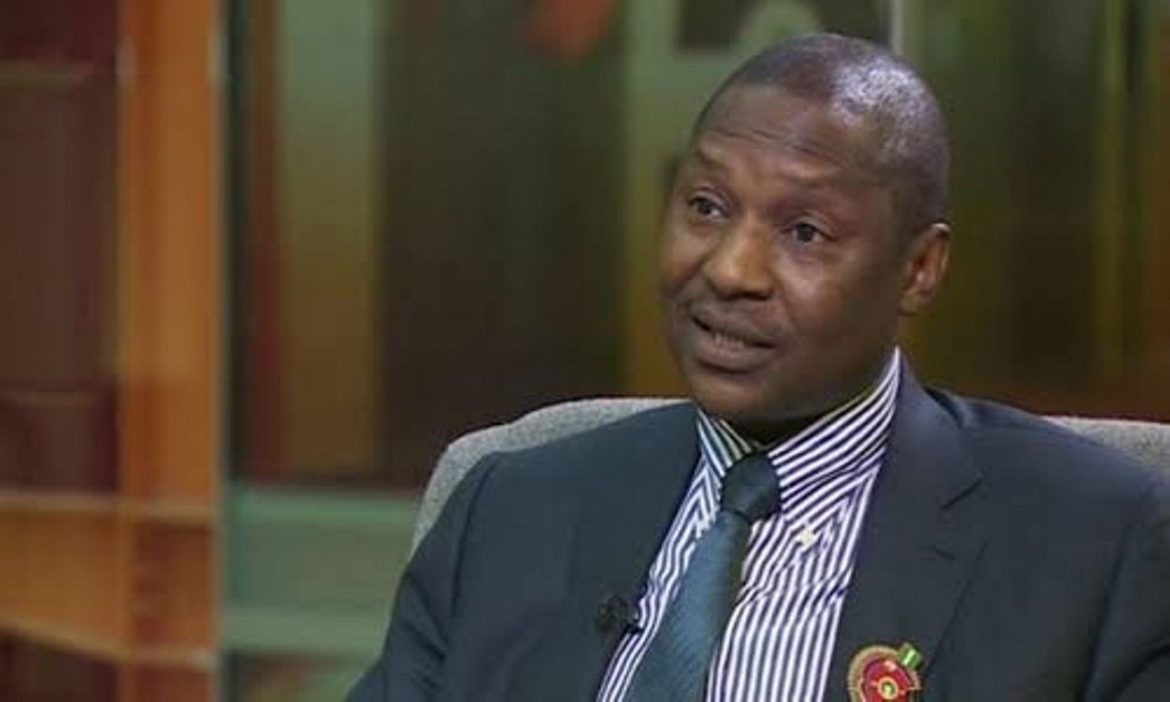 There is an adage in Hausa that says, “A wuya ake kama tsuntsu mai wayo”. This literally means, the bait always traps the smart bird by the neck.

In what looks like sheer cowardice, or absolute lack of courage, shortly after attending a valedictory meeting held for outgoing Ministers by President Muhammadu Buhari, Abubakar Malami, the Minister of Justice and Attorney General of Federation, has abandoned his gubernatorial ambition for fear of losing office.

Malami, who has long been nursing the ambition of succeeding Abubakar Bagudu as the governor of Kebbi State, suddenly panicked and backtracked on this ambition, because PMB has asked all those with such elective ambition to resign on or before Monday the 16th of May, 2022.

Although some sources close to Malami are saying he withdrew from the race because of fear that he may not get the gubernatorial ticket, many believe the main reason for the U-turn is the fear of the unknown, as to what would happen to him if he vacates the ministerial office.

Already there are a lot of problems with regard to Malami’s governorship in Kebbi, one of which is the fact he and the incumbent governor, Atiku Bagudu, are not only from the same senatorial district but also from the same ward and polling station. So even on ethical grounds, Malami cannot succeed Atiku. Other factors that have bearing on the rules of behaviour are also being mentioned as reasons that may work against Malami.

Those familiar with the politics of Kebbi state are saying even if Atiku Bagudu is willing to anoint Malami, he has to contend with the cold political war between him and the political arrowhead of the state, Senator Adamu Alieru, who has his own candidate for the seat.

It is reliably learned that Aliero, who had governed the state for two terms, is pushing for Yahaya Abdullahi as his preferred candidate for the governorship ticket.

Certainly, Malami found himself in a tight spot or difficult position, because he tried to play the smart, but got into a state of deeper precariousness, hence, the resolve to chicken out, after buying the form and giving away over 200 exotic cars to members of his party, in anticipation of their support.

Morally, PMB ought to refuse the refusal of Malami to resign, by telling all those who bought the forms for the expression of interest, to compulsorily continue with that interest.

In a farewell meeting held with the former Ministers on Friday, May 13, 2022, President Buhari thanked them for serving the nation sacrificially, “with dignity and honour”. While wishing them success in the upcoming elections and in future endeavours the President commended them for their decision and courage to contest for elective offices and their compliance with his directive.

Having resigned from the Buhari administration Mr. Abubakar Malami SAN and Dr Chris Ngige were reported to have withdrawn their letters of resignation after the farewell meeting.

Such withdrawal is illegal as it constitutes a gross contravention of section 306 (2) of the Constitution which stipulates that “The resignation of any person from any office established by this Constitution shall take effect when the writing signifying the resignation is received by the authority or person to whom it is addressed or by any person authorised by that authority or person to receive it.”

Therefore, if the former Ministers are going to be reappointed the President is required by section 147 of the Constitution to submit names to the Senate for fresh screening and confirmation.

Yes, Malami is in a catch-22 situation, as his love for position has lolloped his love for power. And the hausa man would say, “a wuya ake kama tsuntsu mai wayo”.