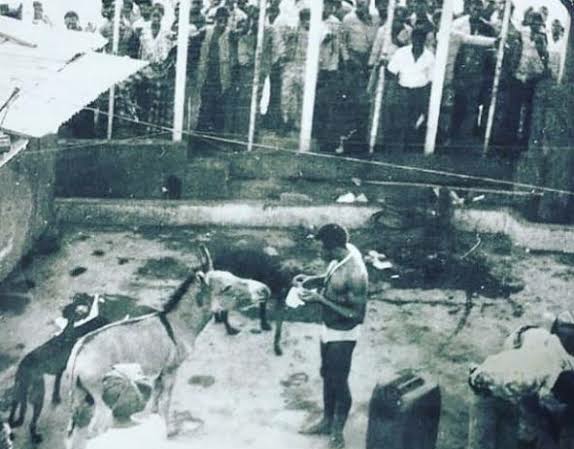 “People who feel weak and powerless are often tempted into outbursts of anger and irrational behavior. A violent temper or outlandish act, volcanic and startling, can create the illusion of power, disguising actual weaknesses and insecurities. It is best to fight back in a determined but dispassionate manner. The response least expected.” – 33 Strategies of War.

Back in the halcyon days that I had fleeting influence in Church affairs, a disturbed priest that had perceived himself as a “victim of punishment posting” appealed for my direct intervention for reversal.

In turn, I tried to appeal to the young unmarried clergyman that he should regard his new assignment as a form of “ecclesiastical NYSC” to connect with his new host community outside the urban conglomerate of his former station as an opportunity to vastly improve his knowledge of the Hausa language and culture.

While grudgingly agreeing with me that his primary calling was typical “Ajayi work” his main objection was the name of where his new parish was located – Unguwar Jaki.

Lagosians trooped in droves just to catch a glimpse of the beast of burden named after Nigeria’s then number one citizen, General Yakubu Gowon.

Trust the Sandhurst trained officer, his reaction was classic 48 Laws of Power;

“By acknowledging a petty problem you give it existence and credibility. When you pay attention to a (nuisance) the two of you become partners of sorts, each moving in step with the actions and reactions of the other. In the process, you lose the initiative.”

Fela had laid a carefully planned public relations ambush with a whole battalion of lawyers patiently waiting for Gowon to angrily react. A well-contrived spectacle was awaiting Dodan Barracks in Lagos courts.

While the infantryman refused to be baited into any rash decision, the “President” of the now rested, “The Kalakuta Republic” upped the ante of his reckless abandon by dropping the album, “Zombie” a couple of years down the line in December 1976 – when the preparations of FESTAC ’77 were in top gear.

Then Army chief TY Danjuma similarly decoded an ambush. What Fela had anticipated was an angry reaction by soldiers to his music that would dampen the image of the OBJ-led junta in the eyes of the international community as the large influx of participants for the festival billed to start on January 15, 1977, had already started.

Again, the soldiers patiently remained in their barracks. Seething in suppressed anger until a week after FESTAC when “Kalakuta Show” played out on February 18, 1977.

Nigeria’s military government had planned Fela’s comeuppance with the same kind of dexterity the American establishment had used in nailing OJ Simpson. Indeed, how Mossad meticulously catches up with the enemies of Israel.

The young priest that had sought my assistance never got to Unguwar Jaki. I Am told he resorted to the kind of methods deployed by public servants. So doing, he unwittingly robbed himself of a unique opportunity to improve his social intelligence and inter-communal understanding thereby enriching his ministry in the overall context.

Fela didn’t fully recover from the trauma of the onslaught of the “Unknown Soldier”. He was never the same again, particularly about how his dear mum, a national icon on her merit was reportedly brutalized. She was in a coma for 8 weeks. Barely a year or so later she painfully passed on.

Similarly, Mr. Simpson thought he had gotten away with the murder of his estranged wife, Nicole Brown, and her boyfriend, Ronald Goldman when he was acquitted for their deaths on October 3, 1995.

His “Dream Team” lawyers led by Johnny Cochrane made the trial chiefly about racism. A majority Black jury just had to free him because that was how it was exactly set up to be. A smokescreen to avoid a widespread violent fallout that would have politically undermined America’s “first Black president” – Bill Clinton.

That is why exactly one year later as OJ was basking in freedom a civil trial proceeded against him. The same evidence used to free him in the previous trial was now used to nail him leading to a slew of events culminating in his release on parole on December 14, 2021.

In an interesting twist, he was variously fined $33 million and jailed for 33 years. He is now completely down, out, and broke. White America finally extracted its pound of flesh!

The moral here is about supreme rationality and proportional response.