Menu
Home Opinion 3 Years at a glance: X-raying the Impacts of the Gov. Abdullahi Sule-led Administration at the Nasarawa State Ministry of Youth and Sports Development
Opinion

3 Years at a glance: X-raying the Impacts of the Gov. Abdullahi Sule-led Administration at the Nasarawa State Ministry of Youth and Sports Development 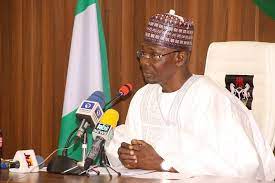 The Sule Administration came on board on 29th May 2019 after winning the March 2019 governorship election in Nasarawa State, becoming the 4th democratically elected administration in the 26-year-old State.

About three years down the line, the Sule Administration is reputed to have made tremendous achievements in virtually all aspects of human endeavours, which, hitherto, are having gigantic effects on the physical, economic, technological and social features of the State.

The transparent, accountable and prudent leadership of the Sule-led Government hasn’t left any stone unturned in the State’s Ministry of Youth and Sports Development, which is one of the largest Ministries in the State, both by structure and workforce.

Though the Home of Solid Minerals, Nasarawa State has, however, achieved so much and impacted enormously in the youth and sports sector both in the State and in Nigeria and will continue to do so in the years to come as the Administration’s poise is to make the State a hub for youth and sports development in Nigeria.

As the Governor approaches three years in office, in no special hierarchy or order, we highlight some of the major achievements of his Administration at the State Ministry of Youth and Sports Development.

i). Also, the Governor provided special intervention funds for the rescue of Nasarawa United FC from relegation in August 8th, 2020;

ii). Massively improved the welfare of the coaching, playing and backroom staff of the Club including approving paying them Enhanced Salaries for optimum performance;

iii). Offset the death benefits of Late Chineme Martins who passed away in the course of playing for the State-owned football club, Nasarawa United, on March 8th, 2020, among other related indemnities running into millions of Naira, all cleared.

iv). Nasarawa United emerged runners-up at the 2021 Aiteo Federation Cup final held at the Samuel Ogbemudia Stadium, Benin City, Edo State, out of over 37 participating Clubs from the 36 States of the Federation and FCT, Abuja, during which period the Club produced the Most Valuable Player of the competition in Goalkeeper, Mohammed Galadima.

v). Silas Nwankwo, during his spell with Nasarawa United FC, emerged as joint-top highest goal scorer with nineteen goals in the 2020/21 NPFL Season as well as Best Male Player Based in Nigeria Award conferred on him by the Nigeria Football Federation, NFF, in conjunction with Aiteo Group, sponsors of the Aiteo Federation Cup (FA Cup).

vi). The Governor, also procured a befitting multi-million-naira administrative office and camp house for the men’s football club in line with the requirement of the Nigerian Professional Football League standard, a facility that is currently undergoing reconstruction.

i). Case in point: A Renewable Energy Company, ASTEVEN, agreed to train 50 youth in the State on renewable energy installation, maintenance and equally equipping the trainees with necessary entrepreneurial etiquettes in line with 21st Century standard.

i). That championship opened the vista for the introduction of Darts Sport in some selected Secondary Schools across the three Senatorial Zones of the State in March 8th, 2021.

The Governor handsomely rewarded all three including gifting Eche Amos with a brand-new car.

(a). The Grassroots Mop-Up Initiative, GMI, aimed at identifying and harnessing the raw potentials that abound in the state for national and international podium appearances.

i). Through this initiative, the Governor approved funds for the purchase of seven hundred pieces of football which were donated to seven hundred local football clubs across the State tagged “One Team, One Ball Initiative” held from 22nd to 30th March, 2021.

ii). The Sule Administration also sponsored the successful hosting and completion of the Emir of Uke Grassroots Football Tournament in Karshi Development Area on 9th October, 2019; and an FA- organized grassroots football tournament.

(b). The Youth-Support Initiative, YSI, which to address unemployment among the youth population in the state.

This opens the doors for interconnection and communication between youth and the Government and aims at empowering them in job creation strategies.

i). Through this initiative, the Government facilitated the training of five hundred youth as Ambassadors of Peace in partnership with Action Aid Nigeria at St. John Bosco’s Secondary School, Doma, on 13th September, 202.

(c). The Sports Development Fund, SDF, which makes it incumbent upon any Government organisation or company operating in the State to commit, at least, one percent of every contract sum to support the development of retired athletes or coaches who have served the State meritoriously, or their families, in the case of death.

i). The Sule Administration also launched the Document on Youth Action Plan on the Domestication and Implementation of United Nations Security Council Resolution (UNSCR 2250) and Close Out Event (SARVE 11 Project).

It’s one of the best sporting outings of Team Nasarawa in recent times.

i). The Sule Administration successfully hosted a two-day meeting of NYSC Management with Representatives of the State Governments on October 22nd, 2019.

i). Donated a brand-new vehicle to then Chairman, National Youth Council of Nigeria, NYCN, Nasarawa State Chapter, Comr. Idris Ojoko, over his election as Chairman of States’ Chairmen of the Association, to mention but a few.

In conclusion, the above achievements are the tip of the iceberg as there are numerous other achievements of the Sule Administration through the State’s Ministry of Youth and Sports Development but space and time won’t permit to highlight them all.

However, the Government continues to work round the clock to attain more achievements in line with its slogan of “Exceeding All Expectations.”

While we wish the Sule Administration a happy 3rd Anniversary Celebration in Office on May 29th, 2022, it’s our earnest hope and prayer that it continues to impact more meaningfully on the welfare of the citizens and State in general.

Equally, too, as a Ministry, we will continue to rally around the Sule Administration to succeed in all ramifications.

And the Long Live Federal Republic of Nigeria!!!!