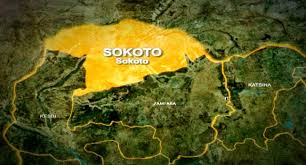 A student of Shehu Shagari College of Education, (SSCOE) Sokoto accused of blasphemy has been killed in a mob action on the school premises.

A student named Deborah was accused of insulting Prophet Muhammad (SAW), Thursday, during a hot argument with her colleagues in school.

The deceased is said to be residing with her parents on Offa Road section of old Airport Road, Sokoto.

In a telephone call, the spokesperson of the institution, Mr. Kabiru Yabo confirmed the unfortunate incident, saying that the military has been deployed to the institution to curtail the escalation of tension in nearby schools and Sokoto metropolis.

He, however, declined further comments on the incident, saying that the institution has since been closed indefinitely.