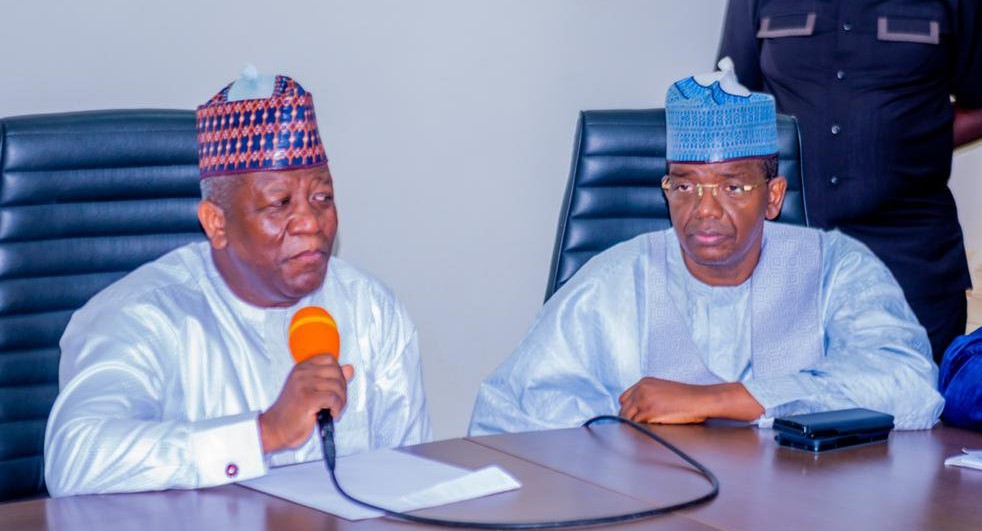 Zamfara All-Progressives Congress, APC, has commended the National leadership of the party under Senator Abdullahi Adamu for resolving the crisis that rocked the party and has been causing division among members.

This followed the signing of an agreement between governor Bello Mohammed Matawalle and former governor Abdulaziz Yari Abubakar to ensure togetherness and progress of the party in the state.

With this accord, Zamfara APC has again been reunited under one roof.

The agreement was signed at the APC National Headquarters, Abuja under the supervision of the party’s National Chairman, Sen. Abdullahi Adamu

A statement, Monday, by Zamfara State APC Publicity Secretary, Yusuf Idris Gusau said the two leaders promised and agreed to work closely together for the benefit of the state and the good people of Zamfara.

According to the statement, Zamfara APC Chairman, Hon. Tukur Umar Danfulani thanked all the stakeholders that participated in the peace accord and assured his leadership will continue making effort in bringing all splinter members into the main fold so that Zamfara state will enjoy a peaceful political, social, and a prosperous economic environment.

Danfulani who described the move as progressive urged all party loyalists, supporters, and stakeholders to see and treat all members as equals without any difference, the statement added.

He also advised Zamfara people to continue to pray for the well-being of the state.