Menu
Home Columns 2023 Presidency: What is the deciding factor?
Columns 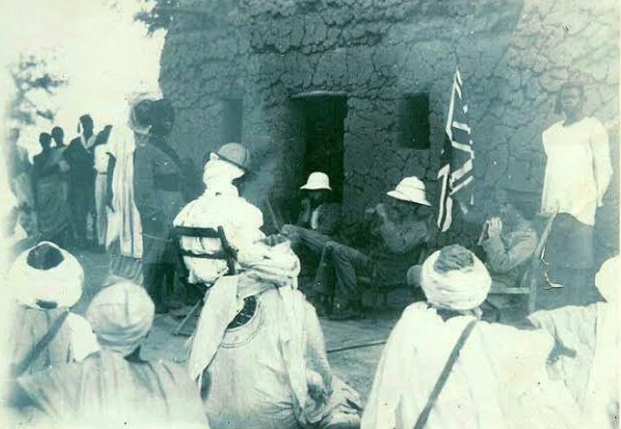 Remember back in September 2021 when Dr. Hakeem Baba Ahmed declared, “The North is not for sale and northerners will surprise those waiting for them to queue up in 2023 and be given money in exchange for their votes. We have the majority of the votes and democracy says vote who you want. Why should we accept a second-class position when we know we can buy form…. and we will win?

Little wonder, “Abiola did not win June 12 election by blackmailing anybody. He forged the right alliances nationwide over a long period of time.

Abiola, from Ogun state, south-west Nigeria, defeated Alhaji Bashir Tofa in Kano state, north-west. Was it Yoruba voters or southerners that gave him victory in Kano state? The answer is obvious. Abiola aligned with the right power blocs. Also, Obasanjo did not win in the south-west in 1999 yet became president. Let’s be guided.”

In further guidance, Chief Abiola was perhaps never handed over power because George Orwell (1903-1950) adds, “We know that no one ever seizes power with the intention of relinquishing it. Power is not a means; it is an end.”

The late Ismaila Isa Funtua while declaring in January 2020, “I am not a member of any cabal, I am cabal myself,” admonished the South East, “They should belong. They want to do things on their own and because they are Igbo, we should dash them the president?”

What Funtua did not add is, “Igbo society looked down on people who accepted superiors, depended on them, or relied on them for their progress. Subservience and unquestioning obedience signified weakness and lack of masculinity. It placed a premium, instead, on occupational skill, enterprise, and initiative.

The man who was respected, powerful and influential was the one who was sufficiently self-motivated to work hard and to successfully compete with and challenge the power and wealth of his superiors. His success was basically self-made rather than attained through climbing the socio-economic and political apron-strings of his superiors.”

Muhammad Abbas, Emir of Kano from 1903 to 1919 was no doubt a man well ahead of his time as he was such a meticulous student of political strategy that embodied the surrender tactic;

“By yielding, you in fact control the situation, because your surrender is part of a larger plan. Inwardly you stay firm but outwardly you bend. You are allowed the time and space to plot countermoves,” – 48 Laws of Power

Then Wambai Abbas in the attached 119-year-old photograph had to stoop to conquer as he pledged allegiance to the English crown while facing Dr. Featherstone Cargill (1868-1909) who in turn is flanked by Colonel (later Lieutenant General) Thomas Morland (1865-1925) and Captain George Abadie who joined the West Africa Frontier Force (WAFF) in 1897 and died in Kano on February 11, 1904.

In return, Abbas was installed as emir. Subsequently, the British and the remnants of the Sokoto Caliphate became powerful allies jointly crushing the Mahdist revolt at Satiru in 1906.

It has nothing to do with culture, tradition, or religion. It is about carefully understanding the rhythms and patterns of power. Including common interests;

“At the start of the 1st World War, the Ottoman Empire called for all Muslims to wage jihad against Britain. Lugard jittered and started contingencies against any armed insurrection in the North. But Sultan of Sokoto and other emirs told him not to worry.

Hence no call for jihad against the British from Turkey would happen in the North. The Shehu of Borno even wrote in a handwritten letter to Lugard that he had an array of Imams in his courtyard praying for the success of British arms. The letter is worth further quoting:

‘We the people of Bornu, are of the school of ibn Malik [the Maliki fiqh, school of jurisprudence] and we know that our country is dar al-Islam and not dar al-Harb (house of war), we are free to worship in our own way and our religion is not interfered with…..I have assisted the Resident with all that has been required, horses, donkeys, bullocks, carriers and corn, and everything that he asked for.

The Sultan of Sokoto and Shehu of Borno were later awarded CBE in recognition of their loyal assistance during the Great War.”

American politics has always fascinated me. The United States has a population of over 300 million yet no presidential hopeful ever gets elected into the White House without the endorsement of American Jews who number less than 5 million!

The secret of that statecraft is not as we say in Nigeria, “democracy is a game of numbers” – it is about strategic dominance in the control of banking, credit, and financial markets. No American president irrespective of partisan background can succeed in office without a robust economy.

How much of the Nigerian economy is actually controlled by Arewa?

Rather according to Prof. Attahiru Jega, “Whether it is poverty, unemployment, insecurity, infant mortality, out-of-school children, poor girl-child education, or even early marriage challenges. Everything you can think of, the terrible statistics always come from the northern part of this country.”

Jega spoke in the Katsina edition at the Coalition of Northern Groups Maitama Sule Lecture Series.

Interestingly, Baba Ahmed had spoken barely a month earlier on the same platform albeit in Zaria.

“The Kaduna Mafia is a name given to a loose group of young northern Nigerian intellectuals, civil servants, business tycoons, and military officers residing or conducting business in the former northern capital city of Kaduna during the end of the first republic. The loss of many northern leaders in the January 1966 coup prodded them to rally around and oppose the new government of General Aguiyi Ironsi.

Many demonstrated a certain level of managerial competence in comparison to some of their older contemporaries. They were known for their intelligence, commitment to the traditional values and socio-political interests of northern Nigeria, and their internal camaraderie.

The group thrived on an elaborate network of power alliances among northern aristocrats and government sympathizers who favored the group pro northern and Islamic bent.

The group achieved most success during the first era of Obasanjo’s government, where many of its members were appointed to key positions of power and used its alliances to obtain patronage and disburse favor to friends and associates.

See details in, Ode to the Kaduna Mafia by Akin Osuntokun posted on May 24, 2012

The Kaduna Mafia gradually came into national prominence after the horrific events of July 29, 1966;

“After their blitzkrieg, the senior northern soldiers in Lagos retreated to Ikeja cantonment. The most senior surviving officer left in the army – Brigadier Ogundipe, dared not risk an open confrontation with them given the mood they were in.  He instead sent the Chief of Staff, Army, Lt-Colonel Gowon to go to Ikeja cantonment to bargain with the mutineers.

When Gowon arrived, he was placed under arrest on the orders of Murtala.  Murtala and the other northern soldiers were suspicious of Gowon’s high-profile role in Ironsi’s regime.

The civilians disagreed with Murtala’s secession plan and urged him to drop it. The British and American ambassadors (Sir Francis Cumming-Bruce and Albert Matthews respectively) were effective at convincing middle belt officers that the north would have most to lose from a break up of Nigeria since they would lose access to the sea, become landlocked, and be cut off from federal revenues accrued in the South.

Gowon and other middle belt officers were the first to become convinced by this line of argument. They were especially anxious to avoid replacing their fear of Igbo domination in a United Nigeria, with Hausa-Fulani domination in a northern state.

However, they had now reached a dead end because while planning their revenge coup, they had formulated no political objective for Nigeria as a whole other than to get back at Igbos for their part in the death of northerners in January.

After days of tense negotiations in Lagos, the northern soldiers agreed to remain in Nigeria, but only if their most senior member, Lt-Colonel Gowon, became Head of State.”

Lt. Colonel Joseph Akahan was controversially appointed as Army chief despite Colonels Wellington Bassey and Adeyinka Adebayo including Lt. Colonels David Ejoor and Hassan Usman Katsina being his seniors. Even after Akahan would die in a helicopter crash at Gboko in 1967, Gowon appointed another relatively junior officer, Iliya Bisalla to the office. The appointment was soon reversed in favor of Katsina when Murtala openly protested reportedly by, “banging a clenched fist on Gowon’s desk” at Dodan Barracks.

By the early 1970s, Murtala was openly declaring about his Commander in Chief, “Don’t mind him. We shall soon change him. We put him there and we can remove him anytime.”

Then July 29, 1975, came. The rest as they say is now living history with the Kaduna Mafia constantly reinventing itself to date. Neither the South nor Middle Belt has ever fully recovered effective dominance on Nigeria’s political chessboard since the Gowon years.

The abysmal lack of elite consensus in the South is the political oxygen of the North. One day it is about restructuring then the next day is about zoning. In between, it is either Odua Nation or Biafra.

No regional elite in Nigeria has the focus, consistency, purpose, and direction of the Kaduna Mafia. Their present profile is rooted in the surrender tactics they adopted under Gowon.

Similarly, Israel’s supremacy in the Middle East is entrenched in American politics.

Between Christmas in Saudi Arabia and a new Cathedral in Bahrain: Lessons...