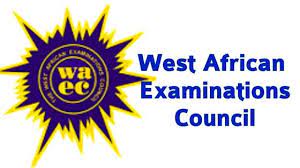 The West African Examinations Council (WAEC) says some 1,607,975 candidates have been registered for the 2022 West African Senior School Certificate Examination (WASSCE) for school candidates, set to begin on May 16.

The Head of National Office (HNO), Mr. Patrick Areghan, disclosed this at a news conference on Monday in Lagos, to announce details of modalities on the practicing ground for the conduct of the examination nationwide.

He said that the registered candidates were from 20, 221 schools across the country.

According to him, Sokoto and Zamfara did not present public school candidates for this year’s examination for reasons not known to the council, though their private schools did.

Giving a breakdown of the total number of candidates registered for the examination nationwide, he said that 800,055 are male while 800,724 are female.

The HNO said that candidates would be examined in 76 subjects made up of 197 papers, with about 30, 000 practicing senior teachers, nominated by various Ministries of Education, participating as supervisors.

He said that even though the National Identification Number (NIN) was initially made a component of the registration process for the examination, it was not a compulsory requirement, in order not to disqualify many candidates.

“Even after the registration exercise, candidates were and are still being allowed to submit their NIN for upload.

“I, therefore, want to make it categorically clear that no candidate was denied registration as a result of non-submission of NIN.

“On other issues, I want to also assure the general public that though the COVID-19 pandemic is abating, during the conduct of the examination, the protocols rolled out by both the Federal and State Governments, will be strictly adhered to.

“All examination functionaries, including council staff on distribution, supervisors, candidates and school officials and others, have been briefed and advised to follow all COVID-19 protocols,” he stated.

On the issue of the current insecurity in parts of the country, Areghan said that conducting an examination of this magnitude under a hostile environment posed a herculean task to the council.

He pleaded with security agencies, as well as various state governments, to do all within their reach, to ensure maximum protection of lives and examination materials.

“As you know, we are not a security agency, all we do is to conduct the examination, and as such, the power to provide the much-needed security at this current period is really not in our hands.

“That is why we want to plead with all those concerned, the various state governments and the Nigeria police, to be on standby to provide maximum security, especially in areas with high-security risk.

“We are liaising with the Inspector General of Police and the various state governments to provide security, in order to ensure that the examination is conducted in a secure and safe environment.

“There could be two options; one is to move candidates away from such high-risk areas during the examination to a more secure area or provide security personnel,” he said.

The HNO also warned prospective candidates to stay away from any form of examination malpractice, noting that the council had zero tolerance for such acts.

He noted that penalties for the involvement in any form of examination malpractice would be meted out to erring candidates, supervisors, or even schools.

According to him, candidates found guilty may face outright cancellation of the result of the particular subject or the entire result.

He said such a candidate could also face an outright ban from participating in the council’s examination for two years.

Areghan noted that the measure was also applicable to schools.

“It is therefore on this note that I call on parents and guardians to admonish their children and wards to study hard and desist from engaging in any form of examination malpractice.

“We will all be wasting our time as stakeholders if this ugly trend is not jointly attacked from all angles in a bid to sanitize our education system. The mass media must play its watchdog role.

“Every candidate and examination functionary must play by the rules which are well stipulated in the WAEC syllabus and guidelines for the conduct of examinations issued to schools.

“Erring schools will be de-recognized, officials adequately punished, while erring candidates will lose their results, no matter whose ox is gored,” he warned.