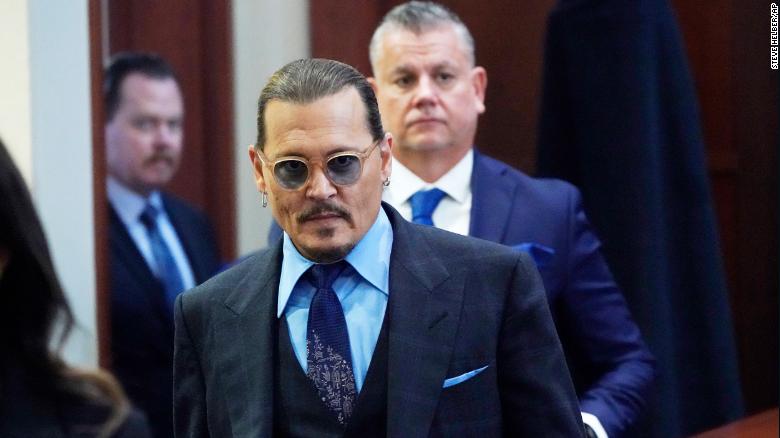 Jennifer Grey has some thoughts about Johnny Depp’s lawsuit against Amber Heard.

The Dirty Dancing alum was asked about Depp—to whom she was briefly engaged during a nine-month relationship in 1989—in a new interview with Entertainment Tonight surrounding the release of Out of the Corner memoir, which partly detailed their short-lived romance. Addressing her former fiancé’s ongoing legal battle, Grey told the outlet, “All I can say about that trial is that it breaks my heart for everybody involved.”

The 62-year-old actress added, “I just think it’s sad and I wish it was resolved and I just wish everybody well.”

Depp, 58, is suing his ex-wife Heard, 36, in a $50 million lawsuit over a 2018 essay she wrote for the Washington Post, in which she described herself as a “public figure representing domestic abuse” but never mentioned the Pirates of the Caribbean actor by name. In court documents, his attorneys have argued that Heard’s op-ed was part of an “elaborate hoax” created “to advance her career.”
Heard is countersuing Depp, who she was married to from 2015 to 2017, for $100 million in damages.
The defamation trial began in a Virginia courtroom on April 11. It is expected to resume on May 16 following a one-week break, with Heard continuing to take the stand for cross examination.

During his testimony earlier on in the court proceedings, Depp denied ever hitting Heard or reaching a point of striking her “in any way.” He also claimed that the Aquaman actress would “verbally decimate me or to send me into a kind of tailspin of confusion and depression,” among other allegations of abuse, during their marriage.
(E!)