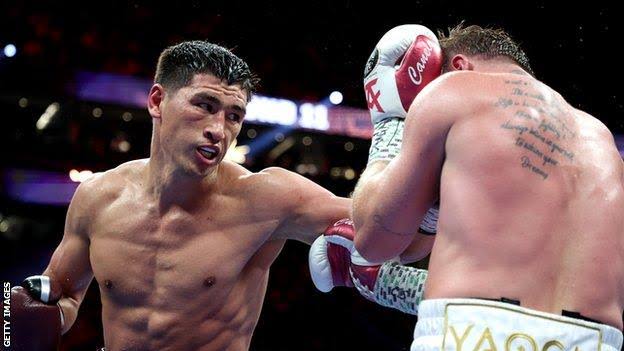 For all the bad press about boxing, the judges got it right this time with all scoring the same for champion Dmitry Bivol. He was underrated and unfavored by many in this fight. But he came more disciplined and landed more pugilist arsenal than the favored one.

Canelo has fought 18 champions and has lost only to Floyd Mayweather. He has not looked fatigued in all his fight before this one. But for the first time, he was. Bivol beat the number one pound-for-pound fighter on the earth on a night boxing pundit didn’t see coming. I told many on Friday to stake their money with Bivol and they wondered why I felt so.

Canelo (57-2-2, 39 KOs), a four-division champion, landed a career-low 84 punches overall 12 rounds as Dmitry (20-0, 11 KOs) relied on his defense and accurate punching to pull the upset via unanimous decision. All three judges scored it 115-113 for Bivol in a fight that appeared anything but competitive.

Bivol’s jab was on point throughout and he consistently responded to any single punch landed by Alvarez with clean combinations in return. Bivol allowed Alvarez to stand at close range in front of him but never gave him a clean enough strike zone to land upon. I wish AJ will watch how to beat Usyk in this fight.

Most of the damage Alvarez did connect on was to the left shoulder and arm of Bivol, who stayed firm behind his high guard. Alvarez connected on just 17% of his punches against Bivol and was outlined by a margin of 152 to 84, according to CompuBox.

Elsewhere on the card, Montana Love earned a unanimous decision over Gabriel Gollaz in a fight where both men were knocked down in the first few rounds. However, the rest of the bout did not reach the same excitement level.

The remaining scores of the undercard are: