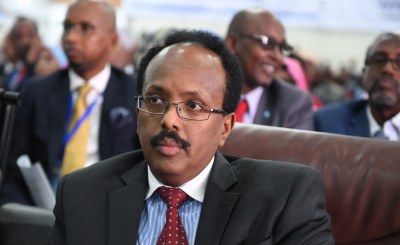 Somalia will hold its presidential elections on May 15.

The Somali parliament announced Thursday that the long-awaited presidential election will finally take place and that 329 lawmakers from both houses – 54 from the Senate or Upper House and 275 from the Lower House – will elect the country’s tenth president.

The presidential election date will coincide with a historic day as the country will also commemorate the 79th anniversary of the Somali Youth League formed on May 15, 1943, by 13 young activists who spearheaded the struggle for a united and independent Somalia in the 1940s and 1950s.

The committee said the presidential candidates will address Parliament on May 11 and 12 on their policies ahead of the vote.

The presidential election which is 15 months behind schedule comes after Somalia concluded parliamentary elections in April.

Mohamed Abdullahi Mohamed known as Farmajo, whose term in office officially ended on February 8, 2021, has been under pressure after the election date passed without resolution of issues related to how the vote would have been conducted in Somalia.