Screening for cervical cancer does not take away womanhood – Dr. Zainab Bagudu 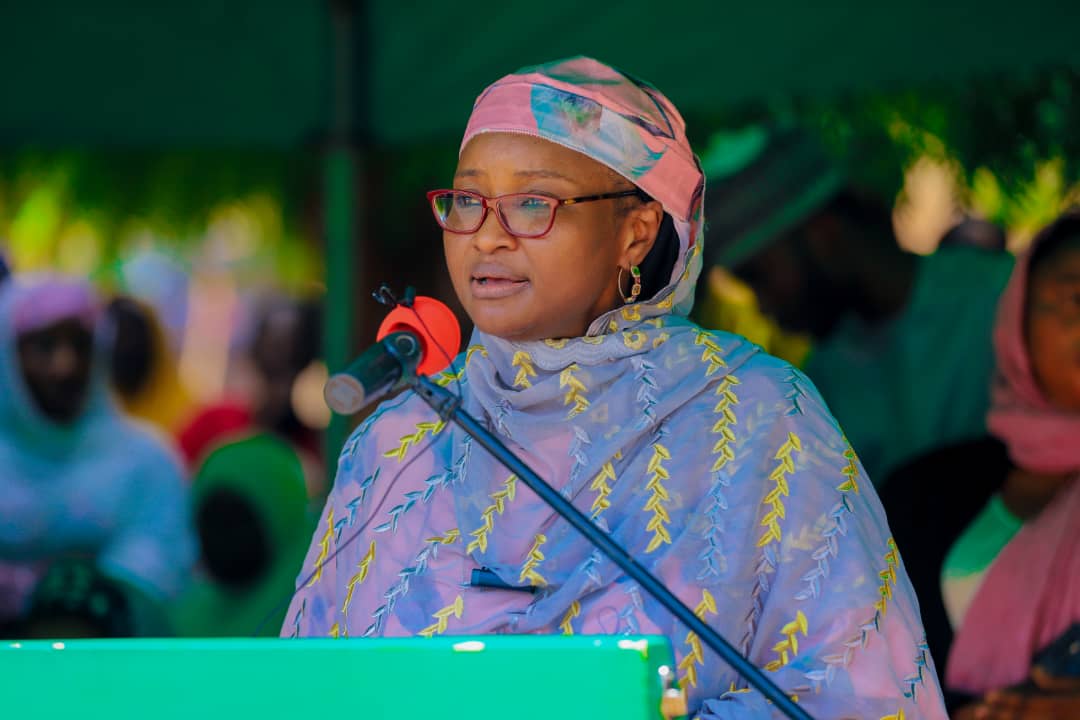 The Wife of the Kebbi State Governor, Dr. Zainab Shinkafi Bagudu, has assured women in the state that screening for cervical cancer does not take away their womanhood.

She said: “I will like to debunk the rumor that undergoing screening for cancer takes away womanhood.

“The program was very dear to my heart because it has done so much under the leadership of His Excellency, my husband, Senator Atiku Bagudu.

“His support and the support of the team and all the critical stakeholders is highly appreciated.”

Dr. Zainab further said that with the flag off, Friday, Kebbi state has been put on the global map of the cervical cancer control Program.

“We need to key into the program as cervical cancer is a disease that can be eliminated.

“We have the tools and vaccines and the ability to cure it, especially when it is detected early.

“Many countries are on their way to being declared cervical cancer-free and we are hopeful that Kebbi state will soon join them.”

She also stated that the State Government and the partners had paid for the program, and as such, the efforts should not be allowed to be wasted.

She, therefore, urged that women should be encouraged to partake in it, saying, “traditional rulers have great effort to put in this direction.”

Speaking at the occasion, Governor Atiku Bagudu, represented by the SSG, Alhaji Babale Umar Yauri, commended his wife for dedicating all her life to the development of women, describing her as a very gentlewoman.

Bagudu said that the state government has done a lot to ease the suffering of cancer patients in the state with the collaboration of Medicaid, WHO, and other partners.

According to the governor, no fewer than. 5,000 women will be screened under the program with 1600 so far screened.

He said that the treatment for the women would commence immediately after the screening, with facilities provided at Sir Yahaya Memorial Hospital, Birnin Kebbi, and the Kebbi Medical Centre, Kalgo.

Bagudu further stated that the Screening will be made a routine across the state, with over 35,000 women to benefit from the screening and treatment for all forms of cancer.

He stated that adequate provision has been made to cater to the people of the state under the cancer indigent fund, among other interventions.

Speaking earlier, the Commissioner of Health, Hon. Jafar Mohammed said that the state has worked tremendously in bolstering the cancer control Program.

According to him, various facilities have been provided to boost access to the cancer control Program.

The Commissioner stated that the five-year cancer control plan was deliberately aimed to achieve effectiveness in cancer elimination.

He disclosed that no fewer than 360 people had benefitted from the cancer indigent fund with cash support, chemotherapy, radiotherapy, and diagnostics investigations, leading to treatment, among others.

The Sarkin Kabin Jega, Alhaji Bawa Arzika while appreciating Dr. Zainab Shinkafi Bagudu for launching the screening program in Jega, urged women to take advantage of the program and disregard any rumors against it.

He pledged the sustained support of the program by traditional rulers and thanked Governor Abubakar Atiku Bagudu for the ongoing infrastructural projects in the state.

The wife of the Governor and other VIPs presented cervical cancer screening materials to principal medical officers, and PMOs, of the ten general hospitals designated as cancer screening centers in Kebbi state.