Lampard: Everton are likely to lose relegation battle with Burnley and Leeds 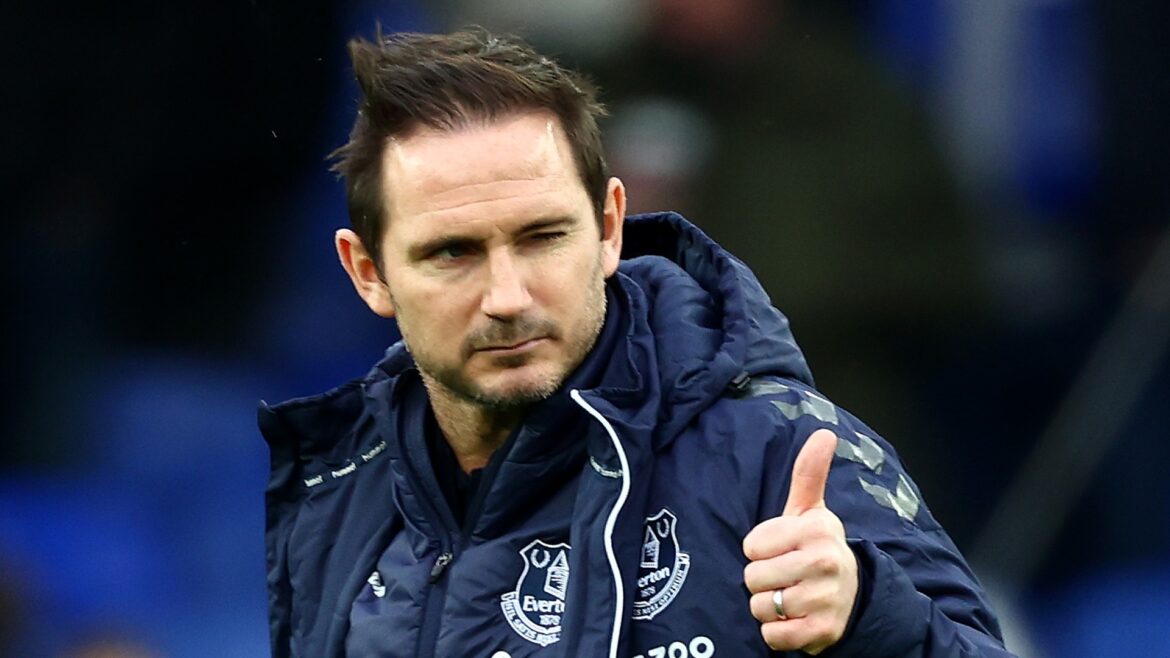 Relegation from the Premier League does not always mean disaster.
Norwich City and Watford are clubs who expect to yo-yo and most likely they will both be promoted again next season, much in the way Fulham and Bournemouth – with their vast transfer budgets compared to the rest of the Championship – are currently in first and second.

But relegation does not mean the same thing to all teams.
Burnley, again, will consider themselves likely to come straight back up, and yet ending their six-year stay in the Premier League without Sean Dyche at the helm is problematic.

There is every chance their identity will start to fade without Dyche, and Burnley hardly have the finances to ensure their long-term future lies in the top flight.

Leeds United are in a similar situation: they could easily fall back into the Championship abyss without Marcelo Bielsa leading them.

Everton are undoubtedly in the most daunting position.

The club have posted huge financial losses recently, are in the process of building a new stadium, and have a wage bill that is simply unsustainable in the Championship.

Everything from bankruptcy to Sunderland-like collapse is plausible should they go down.

Unfortunately, analysis of the remaining fixtures suggests Everton are the most likely to finish 18th…

Burnley can out-fight Villa in double header
Mike Jackson has won ten points from his first four games in charge of Burnley, in what amounts to one of the most surprising new manager bounces in Premier League history.

Few thought Sean Dyche was doing much wrong; nobody thought Burnley would improve without him.

Tactically, little has changed beyond doubling down on the simpler aspects of the Dyche approach.

Burnley remain in a stubborn and direct 4-4-2, while Jackson has stuck to a consistent team selection in which Jack Cork and Nathan Collins have stood out.

The Cork and Josh Brownhill partnership brings dependability as Burnley sweep up loose balls, waste no time in spraying passes out wide, and then launch it up to their two target men.
Their good form ought to continue, given that Burnley face two games against an Aston Villa side badly struggling of late and with very little to play for.

Steven Gerrard’s diamond 4-4-2 is leaving too much space in the wide areas during open play, making them particularly vulnerable to Burnley’s tactic of shifting the ball wide before launching high balls into the box.

What’s more, Collins and James Tarkowski should out-muscle Villa’s tepid forwards, all of whom are looking too lightweight at the moment. Philippe Coutinho certainly won’t enjoy such rough matches.

There is enough of a physical and psychological distance between the sides for Burnley to get four points from this double header, which should bring survival.

Leeds face teams with little to play for
Leeds are slowly being dragged back into the relegation battle as Burnley and Everton unexpectedly record wins, but Jesse Marsch is doing a good job at Elland Road and supporters need not be disheartened by one poor result against Manchester City.

Marsch has kept a lot of the Bielsa ideas, particularly in regards to the speed of their attacks and the specific patterns of their interplay – which are etched into muscle memory at Leeds and make them very attractive to watch.
But he has dropped the defensive line 20 yards, has stopped the players from pressing in all areas of the pitch, and has switched out the man-to-man pressing with a more sensible zonal system.

These subtle changes have ended the madness, and put them in a strong position to beat opponents who have little to play for.

Arsenal at the Emirates is likely to end in defeat, but Chelsea at home no longer looks like a difficult match following their defeat to Everton at the weekend.

Thomas Tuchel’s side cannot wait for the season to end, and have shown an alarming defensive vulnerability as they switch off.

Like Arsenal in their 4-2 win, Leeds can make the most of a high Chelsea defensive line struggling with injuries.

In their final two, Leeds face Brighton and Brentford, two teams drifting in mid-table and unlikely to fight as hard as Marsch’s team.

Everton running out of tub-thumping moments
Everton continue to play without any purpose, structure, or cohesion under Frank Lampard unless allowed to sit in an ultra-defensive formation against ‘Big Six’ clubs.

They are playing considerably worse than Burnley and Leeds but are still clinging on thanks to 1-0 wins against Manchester United and Chelsea.
A final day trip to the Emirates is one more chance at these kinds of heroics, although it doesn’t seem likely to be successful given Arsenal have a top-four place on the line.

Making use of the noise inside Goodison Park is Everton’s only hope, but they will be forced to sit higher and hold the majority of possession against Brentford and Crystal Palace.

That leaves them open to the bullishness of Ivan Toney and the trickery of Wilfried Zaha; Everton have never played well in this kind of game under Lampard.

A trip to Leicester City is a chance to win a point, while by-then-relegated Watford host Everton in a fortnight’s time.
And yet Everton will need to suddenly learn how to play expansively if they are to win the latter.

Lampard’s tactical coaching is virtually non-existent; his Everton team hopelessly passive unless galvanised by the simplicity of a backs-to-the-wall mission.

There aren’t enough of these left to save them.