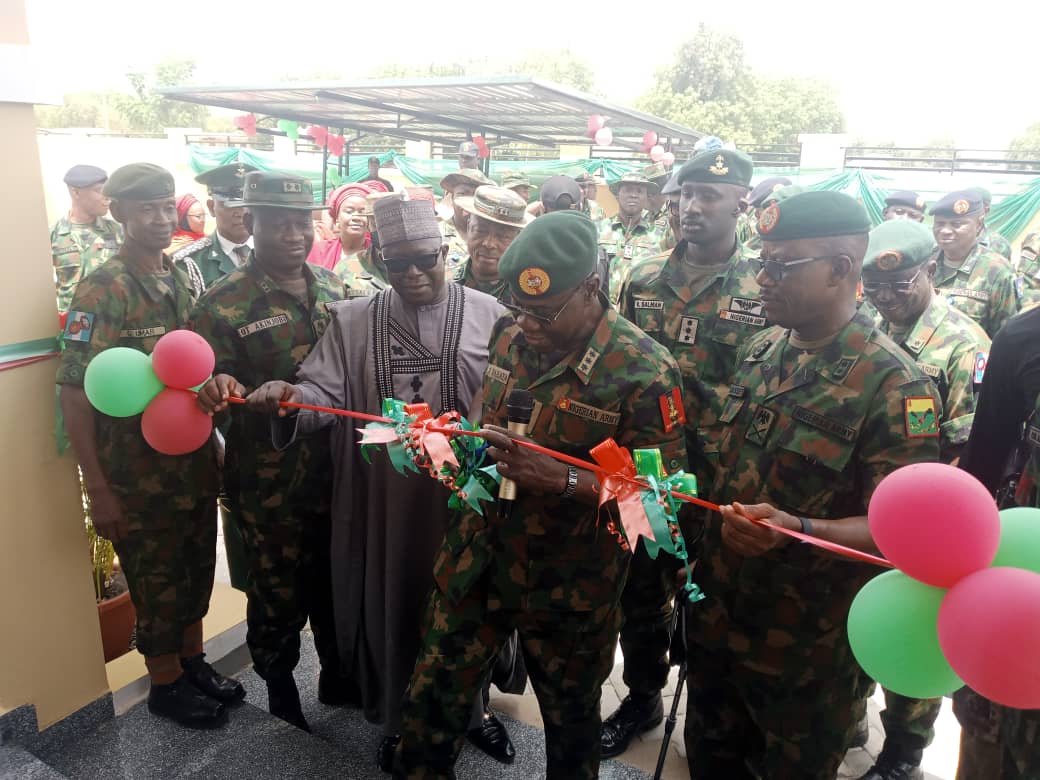 The quarters were built to accommodate the RSM of 8 Division and that of Garrison command aimed at providing the two officers a befitting accommodation.

Speaking at the occasion, Gen Yahaya said the commissioning of the official quarters is part of his welfare agenda in prestigious recognition of the office of RSM in the Nigerian Army and also to boost their morale to serve the force better.

He noted that the Nigerian Army is Known for rewards for performing and sanctions for erring officers.

In his remark, the General Officer Command (GOC), Nigerian Army 8 Division, Sokoto, Major General Uwem Bassey said the gesture is part of the COAS directive for massive construction of befitting official residences for RSMs in all the Divisions across the country.

The highlight of the event was the presentation of the keys of the houses to the two beneficiaries by the chief of army staff.