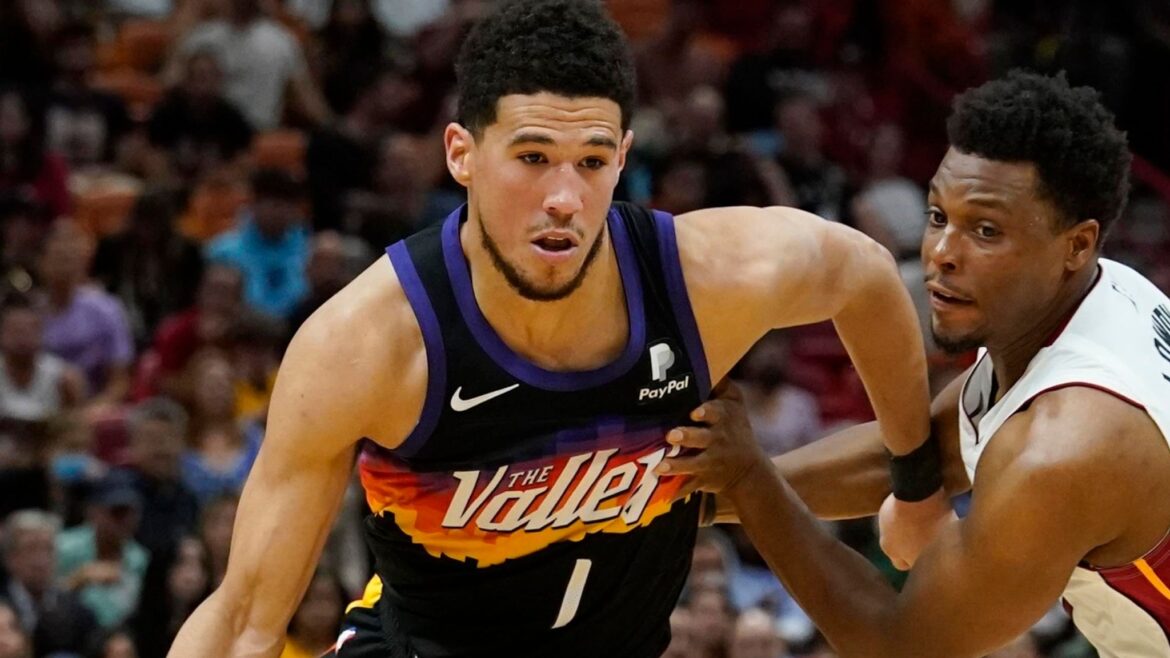 Deandre Ayton scored 25 points as the Phoenix Suns took an early advantage in their NBA play-off against the Dallas Mavericks.

Ayton and Devin Booker helped the favourites go 1-0 up in their best-of-seven Western Conference semi-final.

In the Eastern Conference opener, the Philadelphia 76ers struggled without the injured Joel Embiid as the Miami Heat swept to a 106-92 victory.

Tyler Herro scored 25 points from the bench as Miami pulled away in the second half with five players finishing with double-digit points tallies.

The Heat trailed 51-50 at the break but outscored the Sixers 56-41 in the second half and dominated their opponents 47-37 on rebounds.

Cameroon’s Embiid, the NBA scoring leader, suffered a right orbital bone fracture and concussion after being struck by an elbow in Thursday’s series-securing win at Toronto to add to the thumb injury he has been struggling with in recent weeks.

“We’re working with a small margin for error,” said Sixers coach Doc Rivers. “So we can’t give a team 13 extra shots on the road without Joel and think we’re going to win a game.”

“We just were able to get organised in the second half. We did it with a little bit more thought and discipline, and just that extra effort ignited everyone on the team.”

Phoenix led from start to finish in their game, although they were given a late scare when Dallas rallied to get to within five points in the closing seconds.

Ayton shot 12 from 20 from the field while Booker added 23 points, nine rebounds and eight assists.

Chris Paul chipped in with 19 points and Cameron Johnson added 17 from the bench as six Suns players finished with double-digit points totals.
(BBC)