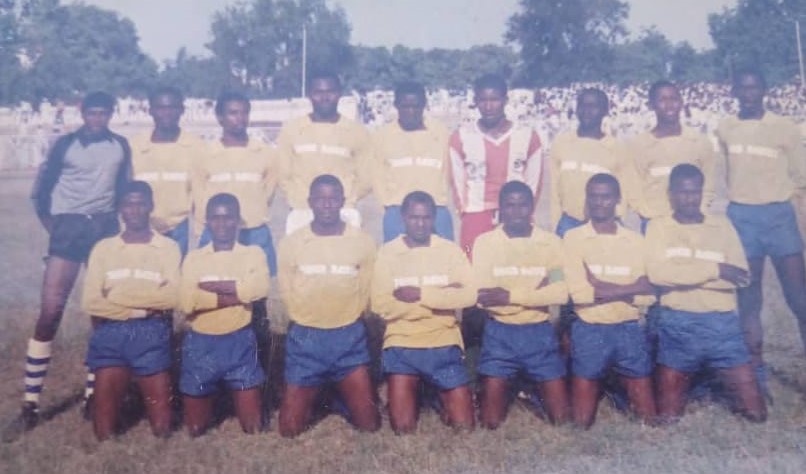 Following the passing away of Late Tahir Fadlallah last week, I write this tribute.

Though I never met Tahir in real life, I am much aware of his passion for grassroots football development, especially in Kano state.

When I heard about his death, the first thing that stoked my mind was his famous Kano-based football club Tahir Babes, and his passion for football.

While Tahir has many roles during his lifetime and he owns many businesses that include, Arabian Sweet, Rana Tahir, and the popular Tahir Guest Inn Palace.

What many people don’t know about him is his love for grassroots football.

Late Tahir was born and brought up at Fagge ta Kudu. He spent most of his youthful years around Kofar Mata quarters where he played football for Kofar Mata black scorpion as a winger.

He was a long-time grassroots football promoter that has a passion for sports development in Kano and Nigeria.

The idea of establishing Tahir Babes in 1992 came from his close friend Alh. Hassan Na Abba. At that time Na-Abba had approached Tahir for finance to sponsor Dynamos Football Club Tudun Nufawa who then had qualified to play in the Nigerian 3rd division, but the team lacked the financial strength to participate in that National Competition.

After renaming the club, it became one of the most funded football teams in Kano at that time.

He singlehandedly paid march bonuses to motivate players and also take care of their welfare. It is on record that late Tahir used to give employment opportunities to some of his players.

Kano state will always remember him for his passion for sports, football in particular.

I am deeply saddened by his death, but his contribution to grassroots football development in Kano will never be forgotten.

Adamu is a freelance sports writer and football historian he can be reached via Jameelubaadamu@yahoo.com