Still Undisputed on a Great Night of Great Boxing Bouts 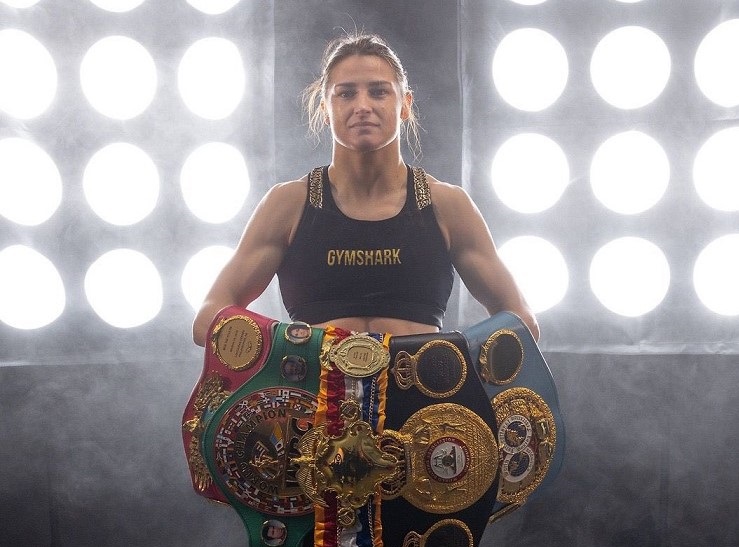 Shakur Stevenson held onto his WBC super featherweight title, proving to have too much boxing ability for WBC belt holder Oscar Valdez in winning a one-sided 12-round unanimous decision.

As many expected, the 31-year-old Valdez was no match for the younger 24-year-old Stevenson, who looked huge inside the ring tonight. There wasn’t anything Valdez could do to get close enough to land his right hand and left hook constantly.

It was an excellent move, but unfortunately, it was illegal, and the referee should have done his job to prevent that tactic from Shakur.

Valdez looked like he was in the ring with a welterweight, and he didn’t have the size or quickness to get at him. What the real clincher was that Stevenson was able to use a stiff arm, which prevented Valdez to get close to him to throw punches.

Still the undisputed lightweight champion Katie Taylor eeked out a 10-round split decision over the stronger, busier Amanda Serrano earlier this morning at Madison Square Garden in New York.

Taylor was severely hurt in the fifth and once again in the tenth round when she stopped running and tried to exchange with Serrano.

Serrano was the better fighter and the one pushing the fight all night long. The scoring by the two judges that gave it to Taylor was atrocious according to some pundits.

Too many boxing fans felt that the 33-year-old Serrano was royally robbed by the two judges that gave the fight to the Irish fighter Taylor, given that she was running the last four rounds, not fighting.

Interestingly, the judges that gave Taylor the fight had her winning the last four rounds [7 – 10], which seemed like an insane thing because she was running.

In the tenth round, ‘Beefy’ Smith unloaded with a series of heavy shots to the head of the exhausted and hurt Vargas, resulting in the referee Steve Willis stepping in and halting the contest. The time of the stoppage was 0:41 of the tenth round.

In between the ninth and tenth rounds, Vargas’ coach Nonito Donaire warned him that he would stop the contest if he didn’t show him something. As it turns out, Donaire didn’t get a chance to throw in the towel because the referee halted the fight before he could.

Coming up on May 14th, in a bout that will be broadcast on Showtime, the unified IBf/WBC/WBA junior middleweight champion Jermell Charlo will square off in a rematch against WBO junior middleweight champion Brian Castano. Their first bout ended in a draw, so this will be the second time these two will have battled for the undisputed crown at 154. Who will win the rematch for undisputed supremacy in the 154 pounds weight class?

Frank Lampard: There is still a long way to go in the relegation battle despite a 1-0 win over Chelsea