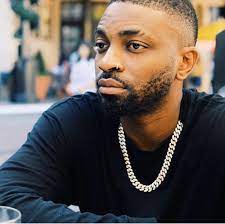 Nigerian music producer and songwriter, Shizzi, has announced the cancelation of his publishing deal with Sony Music.
This comes days after Shizzi called out his manager and music executive, Efe Ogbeni, for blocking his attempt to have his contract with the global label giant terminated.
The music producer had taken to his Instagram page on Tuesday, April 26, 2022, where he accused Ogbeni of keeping him an “archaic MDRC deal” with the Sony Music Publishing for six years.

Oluwaseyi Akerele, aka Shizzi, claimed he was ill-advised to sign the contract because Ogbeni never gave him the liberty to choose his own lawyer to properly scrutinise the terms of the contract back in 2016.

“As of late last year, SonyATV said they were going to let me go only if he agrees with terms of termination,” he had said on Tuesday.

Meanwhile, on Friday, April 29, 2022, the music producer provided an update on his Instagram page that the controversial contract has officially ended.
“I am extremely blessed and thankful that I’ve achieved my goal and I’m moving on to the next stage in my career,” he wrote. “I’m happy to announce that my contract has officially ENDED!!!”

Shizzi also used the post to thank Sony Publishing for the integrity they displayed throughout the process.

“I want to thank my team for representing me over the years in the best possible way through this whole journey. I couldn’t do this without my family, my wife! I want to thank everyone else for their support and well wishes.

“Never stop believing in the true value of yourself, and don’t ever let ANYONE take charge of your destiny, It’s God given and I’m just getting started,” he wrote.

Shizzi has been credited for producing a lot of records for Nigerian artistes including Wizkid’s ‘Love My Baby’ and Davido’s ‘Skelewu’ and ‘Gobe’ among others.
(Pulse)