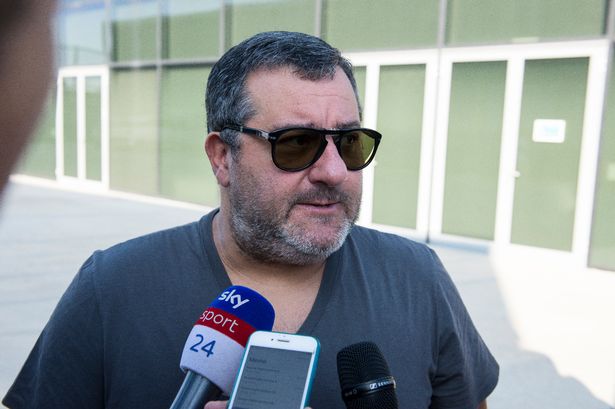 Mino Raiola, one of football’s most powerful agents whose high-profile clients included Zlatan Ibrahimovic, Paul Pogba and Erling Haaland, has died at the age of 54, his family announced on Saturday.

Raiola’s family did not say from what illness he had been suffering but he had been at Milan’s San Raffaele hospital where he had previously survived health scares.
“In infinite sorrow we share the passing of the most caring and amazing football agent that ever was,” the Raiola family statement read.

“Mino fought until the end with the same strength he put on negotiation tables to defend our players. As usual, Mino made us
proud and never realised it.”
Raiola built up a glittering portfolio of players across a long career as both one of the sport’s most influential agents and most controversial characters.

He attracted criticism due to the enormous sums he earned in commissions from his deals, and the huge inflation in player salaries – which have risen to previously unimaginable levels since the 1990s – that he helped to fuel.
Raiola was born in Nocera Inferiore in southern Italy in 1968. As a one-year-old child, he was taken with his family to Haarlem in the Netherlands.
He began his working life at his family’s pizzeria in the medieval city before beginning his career in football management.

Raiola briefly worked as technical director at Dutch side Haarlem FC, and then for the Sports Promotions agency, specialising in moving high-profile Dutch players to Italy.

Czech star Pavel Nedved became Raiola’s first big-name client. He steadily built his reputation in Italian and world football during the years, and alongside Jorge Mendes, he was arguably the highest-profile football agent on the planet.
Raiola’s often outspoken approach did not always endear him to club managers – with former Manchester United boss Ole Gunnar Solskjaer unhappy at what he saw as the Italian stirring up trouble over Pogba’s future.

It was reported in the 2017 book, Football Leaks: The Dirty Business of Football, that Raiola stood to earn up to 41 million euros ($52 million) from Pogba’s 89 million euro ($93.8 million) transfer from Juventus to Manchester United.

“Shall I spell it out here? Mino is a genius,” AC Milan’s Ibrahimovic wrote in his 2011 autobiography.
(Al Jazeera)