Menu
Home Sports Fati: Back for Barcelona ahead of Mallorca clash after three-month
Sports 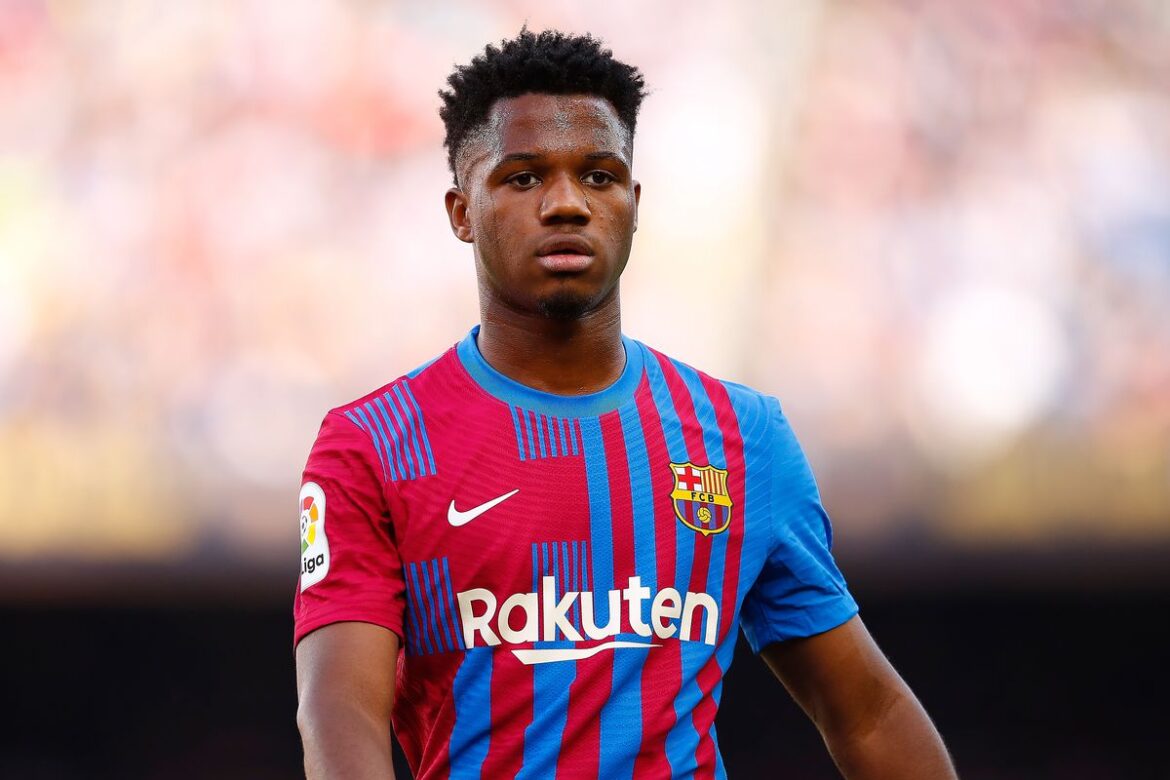 The highly-rated forward has endured another disrupted campaign in 2021-22, but he is ready to aid Xavi’s cause in Catalunya once more

Ansu Fati has endured another injury-ravaged campaign at Barcelona, but the 19-year-old forward is ready to make his latest long-awaited return to action after being named in Xavi’s squad to face Real Mallorca.
The highly-rated Spain international has spent the last three months out of action, with a troublesome hamstring complaint preventing him from playing any part in the Blaugrana’s plans.

A decision was taken at the end of January not to send him under the knife once more, having previously undergone a number of knee operations, and the hope is that the youngster is now free of any lingering fitness concerns.
Barcelona have revealed that Fati will form part of their squad for a home date with Mallorca on Sunday.
A talented graduate from the famed La Masia academy system in Catalunya has grown unfortunately accustomed to spending time in the treatment room over recent years.

He took in only 10 appearances across all competitions for Barca last season, scoring five goals.

That return has been matched in the current campaign, but the hope had been for him to figure more prominently for a side that has struggled for consistency at times – leading to club legend Xavi returning as manager following the dismissal of Ronald Koeman.
Barca still have five games left to take in during the 2021-22 campaign, with Fati eager to see as many minutes as possible.

His last competitive outing came on January 20 away at Athletic Club, with the teenager lasting just 35 minutes in that contest after being subbed on and off in the same game.
(GOAL)