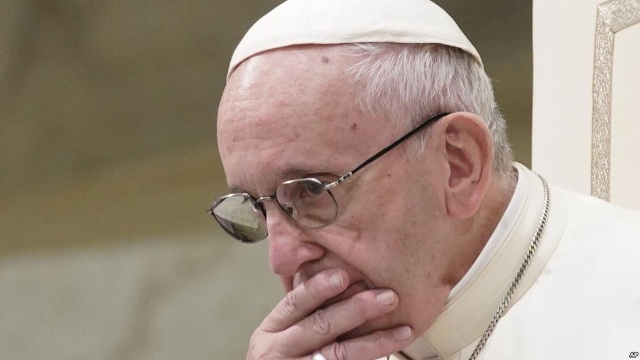 Pope Francis on Friday said changes to an advisory body on preventing s3xual abuse represented a fresh start in the fight against paedophile priests, but conceded “much remains to be done”.

The pope in March moved the Commission for the Protection of Minors into the Vatican’s powerful doctrine office, which oversees the church’s investigations of abuse cases, in a bid to give it the institutional power critics said it was lacking.

The reform “marks a new beginning”, the 85-year-old told commission members at the conclusion of their plenary meeting Friday.

It also signaled a further push in the pope’s efforts to restore trust in the Catholic Church over a scourge that has plagued it globally.

He ordered the commission to draw up a “reliable” annual report on the church’s initiatives on protecting minors, which he said was essential for “transparency and accountability”, and he hoped would “provide a clear audit of our progress in this effort”.

“Without that progress, the faithful will continue to lose trust,” he said.

Francis directly addressed fears the change in status could weaken the papal advisory body, which was created in 2014 and often found itself at odds with the Vatican’s doctrine office.

“Someone might think that this could put at risk your freedom of thought and action, or even take away importance from the issue with which you deal,” he said.

“That is not my intention, nor is it my expectation. And I invite you to be watchful that this does not happen.”

Marie Collins, an Irish survivor of clerical abuse who served on the commission before resigning in 2017 over the church’s handling of the crisis, said in March the change meant the advisory body had “officially lost even a semblance of independence”.

He said it was up to the commission to make sure “every sector” of the church protected minors and looked after victims of abuse.

“Cases of the abuse of minors by members of the clergy have decreased for several years now in those parts of the world where data and reliable resources are available,” he said.

“Yet much remains to be done.”