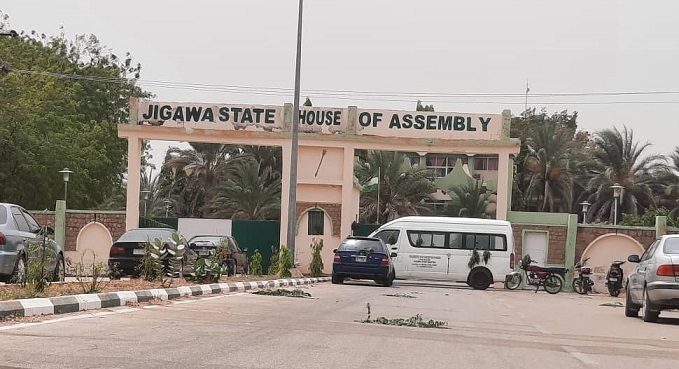 Jigawa State House of Assembly has purchased 3,420 cartons of Ready to Use Therapeutic Food, RUTF, worth over N150 million Naira for the treatment of malnourished children in the state.

Speaking at the handover of the commodities to the state Ministry of Health, the Chairman House Committee on Health ànd also a member representing Kirikasamma Constituency, Hon. Aliyu Ahmed Ali said the donation was aimed at complementing the effort of the state government in tackling the high rate of child malnutrition and stunting in the state.

He said, in the last 10 years UNICEF and other donor partners provided the RUTF and now they have withdrawn and handed over all the centers for Management of Acute Malnutrition in the state to the government.

Hon explained that to help the state in making an adequate supply of the commodity for the treatment of the malnutrition, each member donated N5 million for the purchase of the RUTF.

“Besides lawmaking, we will also continue to offer our intervention and collaborate with the government in tackling persistent challenges such as child malnutrition which has been one of the major causes of the high rate of child death in the state,” he declared.

In his speech, the Permanent Secretary of the state Ministry of Health, Dr. Salisu Muazu thanked the Assembly for their kind support.

He said the RUTF will in return save the lives of not less than 3,400 children from the untimely death or permanent disability.

He then called on other political office holders, wealthy individuals, and corporate groups to emulate the kind gesture of the State House of Assembly.