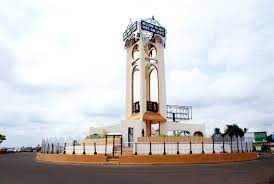 Merry-home Hotels Limited, located around the 7up axis of Ogbor Hill, Aba, has been shut down by the Abia State Government following a series of allegations of criminal activities taking place on the hotel premises.

The state Commissioner for Information, Dr. Eze Chikamnayo, who disclosed this to newsmen said the seal off was in view of “repeated reports to security agencies about a series of deaths under questionable circumstances within the premises of the hotel”.

Chikamnayo explained that the recent one is the death of a young lady who came in with two young boys and a baby in the afternoon and as confirmed by the CCTV, the boys left with the baby in the evening without the lady only for the hotel management to break into the room around midnight and found the lady dead with her body dismembered.

He stated that reports available to the state government disclosed that there have been other incidents of death that have taken place in the hotel, especially around the swimming pool.

The commissioner disclosed that everyone suspected to be involved in the incident had been arrested as the case had been transferred to the State Criminal Investigation Department, for investigation while the hotel will remain sealed pending the time of the outcome of the investigation.

Chikamnayo said the state is a no-go area for ritual murders and dismemberment of people’s bodies for any purpose. He warned that any hotel in the state that offers itself for such practice will automatically be sealed and culprits brought to book.

The Chief of Staff to the Governor, Chief Okey Ahiwe, the Commissioner for Homeland Security, Sopuruchi Bekee, and other security chiefs were part of the exercise.

Boehly-led consortium set to become Chelsea owners, but Jim Ratcliffe not ruled out