…..Says It's Difficult Decision to Run 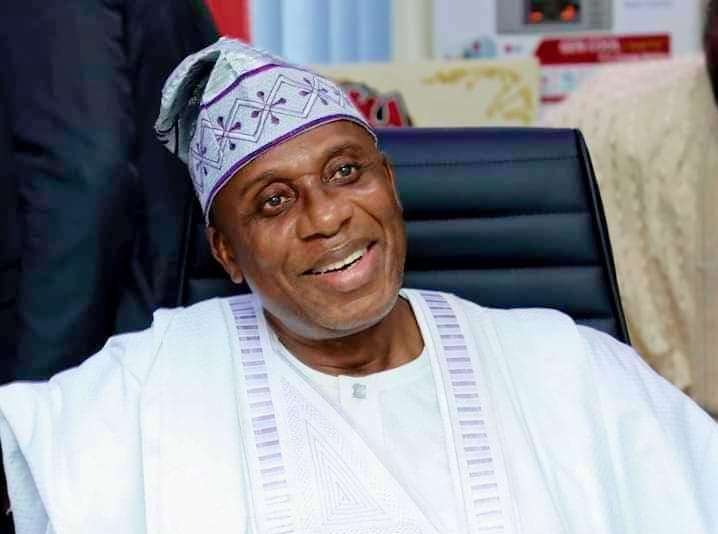 The Minister of Transportation and Presidential hopeful of the All-Progressive Congress (APC), Rt. Hon. Chibuike Rotimi Amaechi has urged party members in Lagos State to support his presidential aspiration by voting for him in the party’s primary slated for May.

Chief Amaechi who stressed the need for APC to present a sellable candidate in the 2023 presidential elections, said he represents the ideal candidate first as the youngest with much energy and a public service record that towered him above other contenders.

The presidential aspirant spoke during a courtesy call on the governor of Lagos State, Babajide Sanwo-Olu at Government House, Marina Lagos on Thursday.

Chief Amaechi while speaking at the occasion, said it was a difficult decision he had to take to contest the 2023 presidential election knowing fully that the party’s national leader, Asiwaju Bola Ahmed Tinubu is in the race.

“I’m the bridge between the old and the young. I understand the language of young people. And if we consider the reality of our current security situation, I’m the only one with experience in handling difficult security situations having served as governor at a time when kidnapping and violent crime was high in Rivers.

He urged the Lagos governor to take what he described as a difficult decision to support him as party’s choice and Nigeria choice.

“I have tremendous respect for our leader but we have to make the hard choice. I always say there is no second position in this contest, the party must make a winning choice. It is a hard decision but it is a decision that is doable,” Chief Amaechi told the governor.

Responding, Mr Sanwo-Olu noted that the minister is eminently qualified going by his record of experience. “I have listened and l have listened very well.

He said it was important for the party to make good choices in the next election. “I’m a direct beneficiary of our leader, Asiwaju. For those of us in Lagos, he is our rallying point, we will continue to do the best for the country.

According to the minister, there is a temptation for the Lagos delegates to want to vote for APC National Leader Asiwaju Bola Ahmed Tinubu, whom he acknowledged as eminently qualified to contest.

He said that beyond the sentiment of being a former governor and party leader, “l know I’m a better qualified candidate and a Nigeria candidate”, he added.

The minister said as a former speaker, governor and serving minister, he possesses more experiences that put him ahead of other contenders.

He cited examples of the economic reforms in the country, which the rail lines contributed greatly, especially in areas of economic diversification, employment opportunities and income generation in Lagos state. Others he mentioned are decongestion of ports and construction of new ports in parts of the country with enhanced economic values.

He was particularly elated about the Ebutte Meta Railway station in Lagos which he described as the most iconic of all.

“This is why I’m different, I’m a pan-Nigerian candidate, he said.

The Chairman of Lagos State APC, Cornelius Ojelabi acknowledged the role Chief Amaechi played in the events leading to the party’s victory in 2015, describing him as courageous.

Hon. Ojelabi, however, said that the role played by Lagos State which he said led to the emergence of a progressive government at the federal for the first was what gave the party its ultimate victory.

He also stressed the need for the party leaders to come together in the manner they did that led to the defeat of the People’s Democratic Party (PDP) in 2015.

“You are welcome to our party secretariat. You are our party member. And as for the reason for your visit which you just told us, there is a way we do our things in Lagos, we have a leadership and we will convey your message to the leadership,” Ojelabi added.