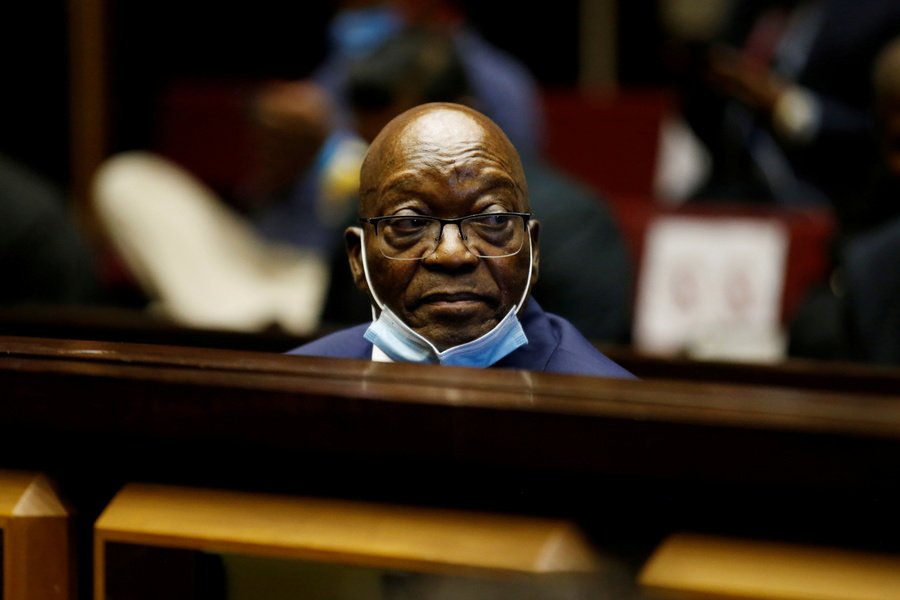 In a further accusation of former President Jacob Zuma, the latest report by the commission of inquiry into state capture has found that Zuma was prepared to do anything requested by the controversial Gupta family, which has fled from South Africa.

The fourth part of the investigations into the plots that led to the looting of South Africa’s state coffers during the presidency of Jacob Zuma (2009-2018) was handed over to the presidency on Friday.

Since January, the anti-corruption commission of Judge Raymond Zondo, has been churning out the conclusions of four years of investigation and hundreds of hours of hearings on organised state corruption linked to a sulphurous trio of businessmen of Indian origin, the Gupta brothers.

The new report focuses on the misappropriation of funds at the state-owned electricity company, Eskom.

According to the report, “the Guptas set up a plan to take over Eskom” and former president Jacob Zuma was “a key player” in interfering in their favour in the composition of the board.

The former management, against whom Judge Zondo is recommending criminal proceedings, is suspected of having entered into irregular contracts worth more than €96 million (R1.6 billion) with consultancy firms.

-A coal supply contract with a Gupta-owned entity, Tegeta, worth more than €221 million (R3.7 billion) was also tainted by irregularities.

“It is clear that from the beginning of his first term in office, President Zuma did everything the Guptas wanted,” Judge Zondo said.

The company said it had been the victim of “immense prejudice” and said in a statement that “appropriate action” would be taken if anyone involved was still employed.

Eskom, which supplies more than 90% of South Africa’s electricity, is struggling to recover from the wrongdoing, burdened by a debt of about 24 billion euros (400 billion rand). Unable to maintain ageing power plants, it regularly plunges the country into darkness with load shedding.

The report also found suspected fraud in contracts for social housing and asbestos removal in the central province of Free State, then headed by one of the ruling ANC party’s most senior officials, Ace Magashule.

The report denounces “a debacle”, saying that “either no houses were built or so few were built that they are not worth mentioning”.

The final report is due by 15 June. President Cyril Ramaphosa will then have to decide whether to prosecute.

After taking over from Zuma, he estimated that about 30 billion euros (500 billion rand) had been embezzled and made corruption his focus. However, he too has been called to testify before the commission.

Mr Zuma, 80, is on parole after being sentenced to prison for refusing to testify before the commission. His imprisonment sparked violence in July that left more than 350 people dead.
(Africanews)

PDP Needs Sellable Candidate and I am The One, Says Tambuwal