Kebbi Governorship: I Have Confidence in Malami to Deliver – Bagudu 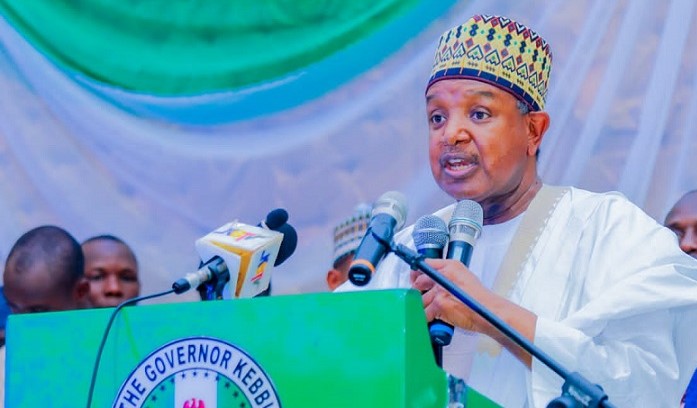 Governor Atiku Bagudu of Kebbi state has said he has absolute confidence in the ability and capability of the Minister of Justice and Attorney General of the Federation, Abubakar Malami to deliver if elected Governor of Kebbi State in 2023.

The governor described the justice minister as a true and proud son of Kebbi State who has safeguarded the integrity of the state and performed remarkably well in the cabinet of President Muhammadu Buhari.

He said Malami could be aptly described as the best minister among his peers in President Buhari’s cabinet because he played crucial roles in ensuring the success of the March 26 National Convention of the APC.

Bagudu said he wholeheartedly supports the yearnings of APC members and other people of Kebbi state for Malami to contest the governorship of the state in the 2023 general elections under the platform of the party.

“He worked round the clock so as not to leave any legal vacuum or lapse in the conduct of the convention and this is superb.

“He is an unequaled member of FEC and he is a worthy representative of Kebbi APC, the people of the state, and not only his family.

“I have always been praying to Almighty Allah to make him President of Nigeria while I am alive and I will not relent in this direction”.

The governor recalled that he and Malami came from a humble background and that has immensely shaped their visions and missions in life. He solicited the support of APC members for his governorship ambition and his victory in forthcoming polls.

Bagudu restated his commitment to upholding women and youth development as well as the upliftment of the socio-economic wellbeing of the generality of the people of the state.

In his remarks, the Minister of Justice extolled what he called the sterling qualities of Governor Bagudu which he said qualified him to contest for three key positions in the 2023 general elections.

“Bagudu can aspire to become Nigeria’s number one citizen by seeking to be elected as President on the platform of the APC.

“In the same vein, he can aspire to become the Vice-President or a Senator of the Federal Republic of Nigeria as it is the practice of many former Governors.

“Whichever way, we are solidly behind Bagudu and we will tirelessly work to ensure his success,” Malami said.

He expressed immense appreciation to all APC members for their collective decision of finding him worthy of the office of Governor, paving the way for him to contest the governorship election in 2023.