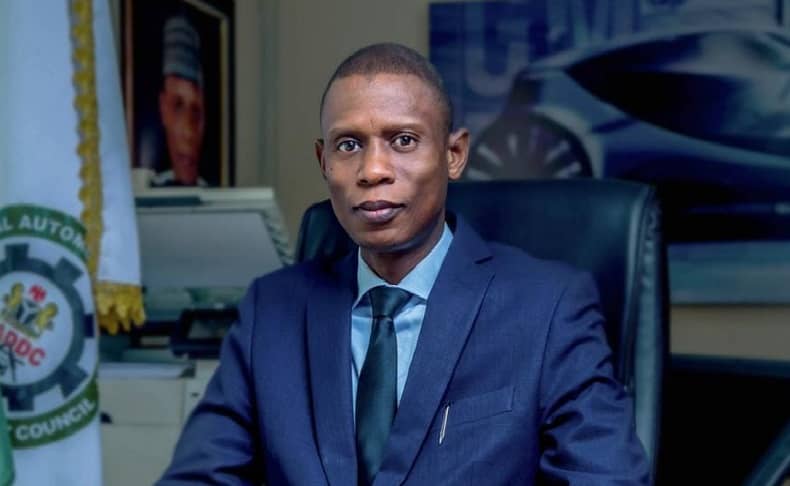 When I first heard about Federal Government’s plan to rejuvenate and bring to life, the country’s automobile industry, and that the responsibility to manage the sector will rest on Jelani Aliyu’s shoulders – a Sokoto indigenous genius, I instantly took a sigh of relief mixed with unimaginable joy – knowing that the ‘bright’ future of our dear land is definitely here.

By and large, I started following Jelani’s nose in 2010, and since then, I embraced him as my ‘all-day role model’ as a result of his peculiar and notable innovations and creativity – which encouraged me to voluntarily and interestingly engage in studying his life history.

Unlike many brilliant young Nigerians who exhibit some kind of hair-raising mental power during their childhood – but end up being forced to either misuse their talent or kill it entirely, Jelani, at his tender age, got the support of his family members to catch up with his dreams of becoming both a cavalier and a highly sophisticated king of designs in the world.

Historically, Jelani Aliyu was always keen on different objects that surround him – and that’s what motivated him to venture into drawing people, objects, plants, and many other things that came to his mind. That’s how the fortune literally started.

On the issue of coming back to Nigeria, the mind of the Federal Government got captured and utterly inspired by Jelani’s astral performance in car design, overseas – so they made arrangements for inviting him to perform the same miracle in his ancestral country because of his experience will undoubtedly elevate and promote Nigeria to rub shoulders with other sister nations in terms of car technology, remarkably.

I think Nigeria’s decision to invite this American auto manufacturing giant back to his motherland was necessary, considering the high rate of importing cars and, of course, the dearth of functional or operable car industries in the country – therefore his presence here will definitely change Nigeria’s name into Africa’s auto hub…if not the world.

His appointment as the Director-General of the National Automotive Design and Development Council (NADDC), did not only induced hope in Nigerians; but also informed them of the existence of the institution.

It was after his appointment I got to understand that NADDC was a government-owned agency under the Ministry of Industries, Trade, and Investment – and is saddled with the responsibility of implementing progressive policies for the country’s auto industry. Before then, nobody knows!

Nigerians hoped to witness some series of implemented changes in the industry; have enough homemade [home assembled] cars; reduce the number of used cars on roads and make wheels very affordable for them. But somewhere else, their dreams got murdered – and many events caught their minds off the brand-new leadership of NADDC. As though, Jelani was no longer in charge. Alas!

But, two things that will never form question marks against Jelani are: he’s already made his name and had it written with GOLD abroad; his reputation is that of international – especially with the good record he has broken after he joined Buick Rendezvous Company back in the 90s and served as the lead exterior designer of the Pontiac G6.

Jelani, also, earned HUGE respect from Nigerians – having learned that he worked on the Astra with General Motors’ Opel Division – and the exhibition of the Chevrolet Volt, which was one of his most beautiful designs unveiled in the 2000s – among others.

The questions many people ask were, “has Jelani’s plans to put this industry on track been sabotaged by some elements; or he’s being changed to something else from that cavalier his parents wanted him to be?” which I am sure the former is the case – and not the latter. Jelani’s plans must have definitely been ruined by some unscrupulous elements.

Because, this is the man who came up with boxes of ideas constituting a technical training academy in automotive skills in Nigeria; creating a more conducive environment for the shift from vehicle importation to manufacturing in Nigeria; establishing a material test laboratory in Zaria, component test laboratory in Enugu and an emission test laboratory in Lagos and of course, provide a fund that would enable the public to finance purchases of locally built brand new vehicles at affordable costs whether for private use or commercial fleets, through banks.

But even with the aforementioned thoughts, people have now begun to feel less pained with the situation – when they heard of Mr. Jelani Aliyu’s commendable effort of unveiling Nigeria’s first locally-made electric car, Hyundai Kona through collaboration with a Stallion Group – some couple of years ago. It’s a huge development, indeed.

Personally, I was elated and delighted to be informed of this cheering development – especially when I heard that the Hyundai Kona has 5 years battery and manufacturers’ warranty; it’s 100 percent electric; zero-emission and Hassle-free charging at home and workplace – surely that tells a lot about Nigeria’s ‘GREEN’ vision for converting our cars into electric (EVs) or non-fuel-powered vehicles.

And I think, like any other leader, Jelani Aliyu needs help with prayers to succeed in his undertakings – and the assignment he’s given to execute. He left his comfort zone out of extreme patriotism for Nigeria, unlike hundreds of thousands of diasporas – indeed when his plans are achieved, we all will smile and celebrate our common success. May Jelani Aliyu succeed!

Bashir writes from Abuja and can be reached via muhammadbashir38@gmail.com

Jurgen Klopp: Liverpool still have work to do vs Villarreal in Champions League second leg