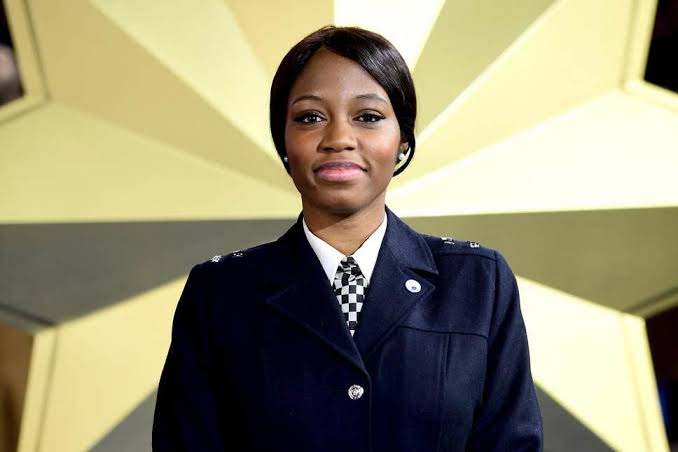 Khafi Kareem has revealed that her appearance in the show was to promote the British Metropolitan Police.

The reality TV star made this known during a misconduct hearing over her unauthorized participation in the reality TV show.
According to the British Broadcasting Corporation (BBC), Kareem admitted she took and surrendered her laptop to the show’s organizers.

The mother of one, however, denied the allegations of breaching standards in respect of “orders and instructions” and “discreditable conduct.”

Kareem also stated clearly during the hearing that she failed to declare a business interest in relation to the publicity and promotion of the TV show
During the hearing, it was revealed that Kareem asked for unpaid leave wages because she helped promote the Metropolitan Police.

Her line managers were reported to have had skepticism over her participation in the show because of the antecedents of the UK’s version.

“Having seen the UK episodes of the show, concerns were raised. But, PC Kareem said Naija was not like the UK version. She saw it as a chance to promote the Met on an international basis,” Anne Studd QC, for the Met Police, told the tribunal.
“Looking at the website and information provided, Ch Supt Jason Gwillim concluded it was not in the best interests of the Met or the officer and it would put her in a compromising situation.”

During the tribunal session, it was revealed that Kareem was granted leave but advised not to take part in the show.

She later called her superior and informed him that she was already in Lagos and was going to take part in the show.
For Kareem’s boss, he was more worried about her mental health, the Met’s public image and her conduct within the house.

It would be recalled that the Met police disassociated itself from the reality TV star’s participation in the show.
(Pulse)