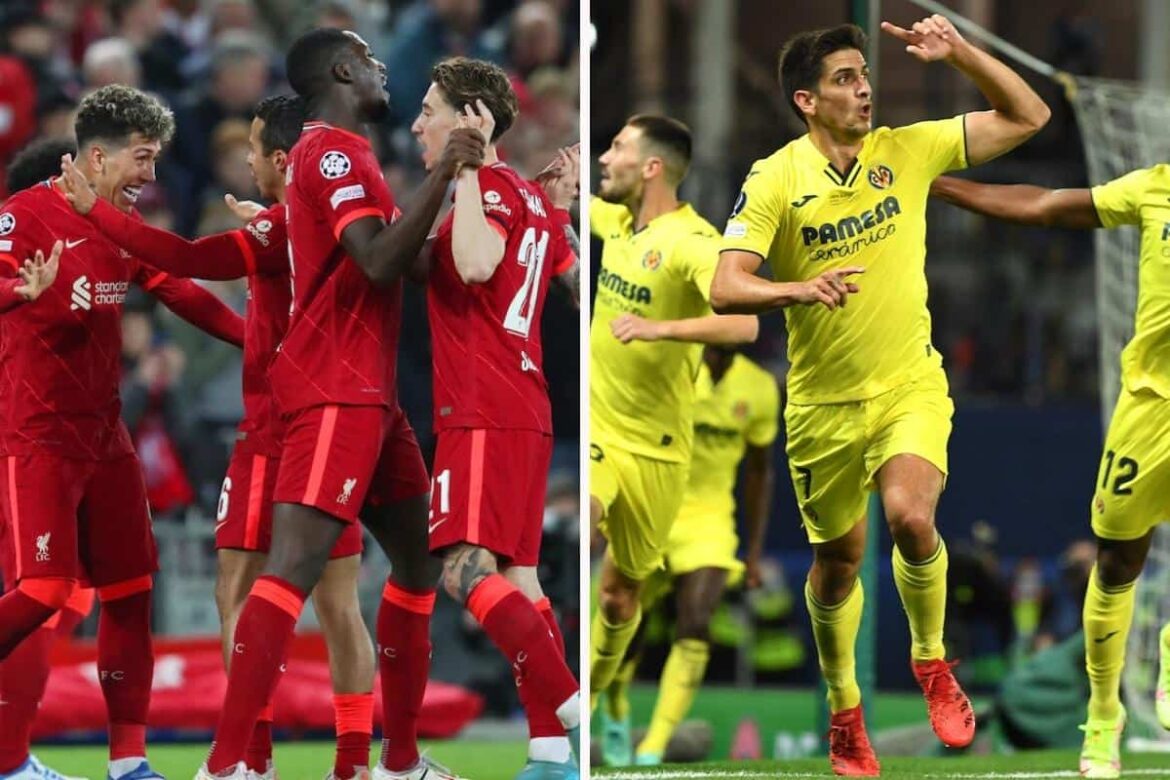 Liverpool to face Villarreal at Anfield

Liverpool’s hunt for an unprecedented quadruple continues on Wednesday when they welcome Unai Emery’s Villarreal to Anfield for the first leg of their Champions League semi-final; follow minute-by-minute updates in our dedicated Liverpool vs Villarreal match blog
Liverpool manager Jurgen Klopp insists he will not underestimate “world-class” Villarreal boss Unai Emery ahead of Wednesday’s Champions League semi-final first leg.

Liverpool’s hunt for an unprecedented quadruple continues this week when they welcome a Villarreal side to Anfield hoping to make history under head coach Emery by reaching their first Champions League final.
Having defeated Manchester United to win the Europa League last season, Villarreal’s success in Europe has continued this campaign with impressive victories over Juventus and Bayern Munich.
Villarreal may go into the last-four clash as heavy underdogs but Klopp, who lost out to Emery’s Sevilla in the 2016 Europa League final, has vowed not to overlook the threat posed by the former Arsenal boss.
“Of course, we did a proper analysis of them,” Klopp said. “I had a lot of respect for Unai Emery and Villarreal before, because I saw the games against Bayern Munich and Juventus but only with one eye.
“But then I watched them properly: Wow! Impressive. Unai is obviously a detailed-obsessed manager who prepares for all different situations in a game. It’s really, really good.

“Different ways to build up, different ways to press, different ways to react on different results. Really, really impressive. He’s obviously a world-class coach and doing an incredible job there.”
Villarreal pulled off a stunning 3-0 win away to Juventus to secure their spot in the last eight but their elimination of Bayern, a side recently-crowned Bundesliga champions, was even more impressive.

“We face a very, very difficult opponent They are made for this competition,” Klopp added. “There might have been a little advantage in the last two games – maybe Juventus or Bayern underestimated them, but that will never happen with us, especially after those four games.

“They are a really, really good football team who obviously want to make history as well. I think it would be the first time they could get to the final, which is a massive thing for Villarreal.

“But for us, it’s the same importance. We want to go there with all we have and that’s what we have to show on Wednesday night.”

Klopp said he has not thought about the 2016 Europa League final defeat for a while but believes it was a significant moment, just seven months into his Anfield reign.

“Would it have been anything different since then if we had we won that night? I don’t think so.

“I would have loved to have lifted that trophy that night but you have to learn from these things and that’s what we tried to do.”
While Klopp may not have given that night in Switzerland much thought of late, for captain Jordan Henderson it lives long in the memory.

“That night always sticks out,” the 31-year-old said. “I always remember it just because I can remember after the game going back to the hotel and the lads were all very disappointed and all just wanted to go back to their room, not see anyone and get your head down.

“But the gaffer was a bit different to what you expect. He got everyone together downstairs in the bar area and sort of spent the night together.

“I felt as though he knew this was the beginning, the start of something special to come. As a player it is very difficult to think that when you’ve just lost the final, but I always felt he was very different to anything I’d seen before.

“He sort of knew what was coming in the next few years and I feel as though he has produced that and proven that was the beginning of something special.”
Emery: Villarreal can no longer rely on surprise factor
Emery says Villarreal will not have the luxury of being taken lightly by Liverpool and will need to execute a perfect game to eliminate the six-time winners.

“The surprise factor decreases after you do what we did,” Emery said. “Against Juve, there were certain moments when their reaction didn’t come through. Against Bayern, from behind, we were able to find our best version and use that background to overcome them. And that is no longer present. Whoever reaches the semi-finals are here because they have deserved it.”

The Spaniard conceded that Liverpool would rightfully count themselves as favourites for the tie, but that his side were hungry for more success having won the Europa League last season.

“They are wise and now they know who we are. They know that the tie is going to be difficult and they will be prepared, no doubt about it,” he said.

“But it is inevitable for them to feel as the favourites, as it is normal, their potential is massive. But we have greater motivation and enthusiasm.

“Liverpool are known for running and recovering the ball in high areas but now they also have options to make combination passing moves, with Thiago (Alcantara) and (Sadio) Mane playing much more inside. Signing Luis Diaz is a major factor for this improvement.”
‘Beating Liverpool almost impossible’
Spanish football journalist Alvaro Montero speaking to Sky Sports News about the semi-final:

“In Spain, we feel [beating Liverpool] is almost impossible. We have to remember that Villarreal is a club that has arrived to be one of the four best teams in Europe but they are from a tiny population of 5000 inhabitants, so playing against Liverpool for 180 minutes is almost impossible. They will try their best, but in my opinion, it will be an enormous surprise if they can qualify for the final, which will be their first.

“Unai Emery is not only a good coach, he’s good psychologically, but Liverpool have so many good players starting with Mo Salah, who is one of the best strikers in the world. Let’s see how well Villarreal react and how they perform. They have good players, like Gerard Moreno, Arnaut Danjuma and Dani Parejo, but it will be very, very difficult.”

Opta stats: Emery to stun Liverpool?
Liverpool have reached the semi-final of the European Cup/Champions League for the 12th time, with no English side playing in the final four more often (level with Manchester United). The Reds have also reached the semi-finals of the League Cup, FA Cup and European Cup in the same campaign for the very first time.
Of the 12 sides to have reached the semi-finals of the European Cup/Champions League on at least five occasions, only Benfica (7/8) and AC Milan (10/12) have a higher ratio of progressing to the final than Liverpool (82 per cent), who have managed to reach the final on nine of their previous 11 occasions.
This will be the fourth time out of Villarreal’s last five semi-final appearances in major European competition to see them come up against English opposition at the final-four stage, with their only other encounter in this competition coming against Arsenal in 2005-06.
Only in 2017-18 (10) has Liverpool’s Mohamed Salah scored more Champions League goals in a single campaign than the eight he’s notched this season, moving his tally for the club onto 33. The Egyptian is now just three behind both Didier Drogba (Chelsea) and Sergio Aguero (Man City) for the most goals netted in the competition for an English side (36 each).
Since the start of the 2009-10 season, the inaugural Europa League campaign, Villareal manager Unai Emery has progressed from 84 per cent of his Europa League/Champions League knockout ties (31/37), the second-best ratio of any manager to have taken charge of at least 10, after only Zinedine Zidane (14/16 – 88 per cent).
(Skysport)