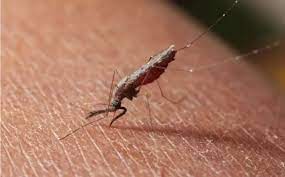 Despite steady advances in lowering the global burden of malaria between 2000 and 2015, progress has slowed or stalled in recent years, particularly in high burden countries in sub-Saharan Africa.

Urgent and concerted action is needed to set the world back on a trajectory toward achieving the 2030 targets of the WHO global malaria strategy.

Malaria is a life-threatening disease caused by parasites that are transmitted to people through the bites of infected mosquitoes.

About half of the world’s population is at risk of malaria, particularly those in lower-income countries. It infects more than 500 million people each year and kills more than one million people, according to WHO.

For Instance, in the Ancient city of Kano state, the fight against the deadly malaria disease may continue to yield little or no result to what the state government described as the “resistance of some residents to change.”

The state Commissioner for Health, Dr. Aminu Ibrahim Tsanyawa, while briefing newsmen on the sideline of World Malaria Day today with its theme.  “Harness innovation to reduce the malaria disease burden and save lives,” he said, in 2021 alone, 631 persons died of malaria in the state.

Another 96 cases of mortality were recorded in the first quarter of 2022, he added.

Represented by the Director of Public Health and Disease Control in the state, Dr. Hashiru Rajab, the Commissioner laments that despite the free distribution of over eight million pieces of insecticide-treated nets worth billions of naira every four years, findings indicate that many residents are diverting its usage.

According to him, some farmers among the beneficiaries are using the nets to cover their crops; some women are converting them to curtains, while some are selling the nets worth about N5, 000 at N200.

He, however, calls for an attitudinal change of the state residents towards judicious utilization of any distributed items against malaria disease in the state.

Environmental health officers are not working hardly on their own . Secondly no good awareness. 3rd government are not having good material for working in hospitals and the environment