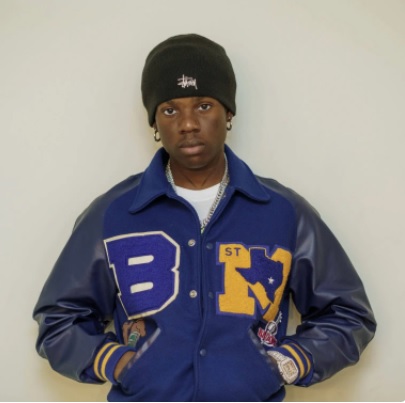 Talented Nigerian singer, Divine Ikubor, popularly known as Rema in a recent interview has revealed how he switched from gospel to secular music.
According to Rema, the transition from Gospel music to secular started when he began to sing at bars and lounges to earn funds.

Rema noted that before he decided to drop gospel music, he was the head of a gospel rap group in his church.

The singer shared his journey and transition during an interview on Channels TV programme, Rubbin’ Minds

He said, “I was still in Benin when that switch happened. A lot of people thought that when I got signed, I started deviating.

“No. Life was tough in Benin. I’m not that guy to ask the people in the church to pay me because I’m doing God’s work.
“Right there in Benin, I started going to competitions, going to bars, lounges, political rallies; just trying to get on the stage and hold a microphone, to at least get sprayed some money to come back home and feed my family, because we were going through tough times.

“I lost my father and brother and I needed to come through for my family. That’s where I started spacing out; little by little until I just exiled.”

Rema said his decision to switch from gospel music to secular was strange to his mother, but he was able to convince her of his stand.

He added, “It was weird for me and most especially for my mum because she was well known in the church. I didn’t do much explaining. I just told her to trust me.”
(Naijanews)