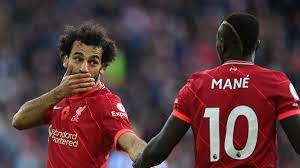 GOAL is tracking the race for the most coveted individual award in men’s football after Lionel Messi took home the prize for seventh time in 2021.

For all the controversy and criticism it generates, the Ballon d’Or remains the most important individual award in world football, and the race to claim the 2022 prize is well and truly on.

France Football announced in March that the rules for Ballon d’Or voting have changed, with the key one being that the award will be based on performances over a single season, rather than a calendar year.

That means performances at the 2022 World Cup, which is set to kick-off in November, will not be considered this year, and instead will be judged when voting for the 2023 Ballon d’Or gets under way.
The importance placed on trophies (aka ‘Jorginho’s Law’) has also been scaled back, meaning the prize should reflect the best footballers from each season, rather than those who lift the most silverware.

With all that in mind, and with defending champion Lionel Messi in the hunt for an eighth Golden Ball, who holds the most power in this year’s Ballon d’Or battle as it enters its final months?

With Benzema toping, it is rare that a week goes by without Benzema finding the net, but that is what happened this week after he drew a blank against Osasuna.

Madrid not having a game at the weekend, however, should allow the France international to be at the top of his game against Manchester City at the Etihad Stadium.