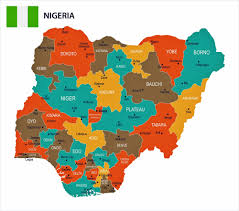 As 2023 general elections approaches, political parties are mobilizing behind the scene to have consensual nominations nationwide. One of the critical stages of democracy is resolving internal crises which determines the spell in the general elections.

The current dispensation has less than a year in office. We are having our elections in the first quarter of 2023. Hence, the giant opposition party, Peoples’ Democratic Party (PDP)is trying to regain strength to vote the ruling All Progressives Congress (APC) out of office.

While on the other hand, some politicians from both parties defected and purchased nomination forms from a different party, especially the Kwankwaso-led NNPP. From all indications, more contestants are coming to join the new train.

The other political parties too may have received key politicians’ stalwarts depending on their mobilizations.

NNPP is a third option of solace for politicians who feel aggrieved from the leadership of their former parties. By observation, virtually in every Northern state, NNPP party might have candidates following the enormous. crises in both PDP and APC.

However, in the far north, the new party will compete and win some seats. In Kano for instance, NNPP will be a giant opposition party to confront the mega parties of the state given the powerful political structure of the former Governor of the state, Dr Rabi’u Musa Kwankwaso.

In the country, the struggle is against national security and poverty. These are the variables on which all campaigns will be based.

PDP accuses APC of being incompetent to resolve the key national problems. APC also accuses PDP of wasting 16 years doing little or nothing in the country. Either way, common man is confused about who to prefer after knowing the taste of each of them.

Nominating presidential candidates from the APC and PDP is the key challenge while voting the preferred president is the major challenge of the masses.

The love for party is reducing, Nigerians are like people who fell into the river. They only need anyone willing to rescue them.

May we see the best.