Menu
Home Sports West Ham: Declan Rice will not be sold this summer even if he does not sign a new deal
Sports

West Ham: Declan Rice will not be sold this summer even if he does not sign a new deal 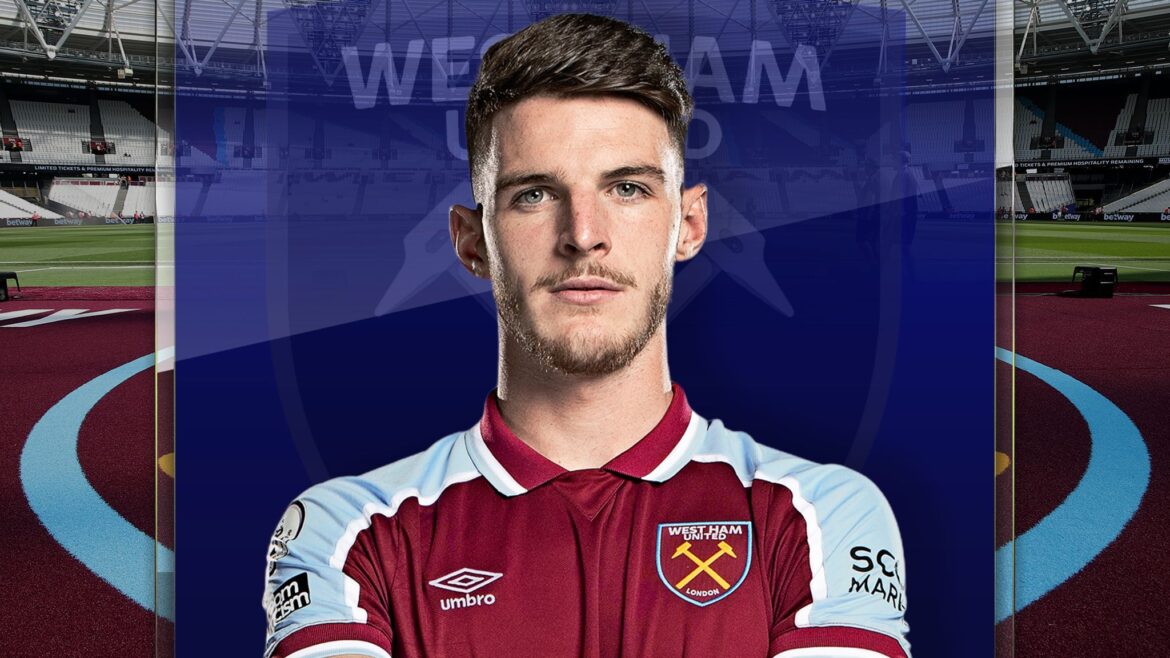 Declan Rice has transformed into one of Europe's leading midfielders

Declan Rice has turned down several new deal offers and is reported to be open to leaving West Ham this summer; However, he is contracted to the club until the summer of 2024 with an option for a further year; West Ham face Chelsea on Super Sunday, live on Sky Sports from 1pm; kick-off 2pm
West Ham will not allow that to happen and they are in a strong position because Rice is effectively contracted to the club until the summer of 2025.
His present deal runs out in the summer of 2024 but West Ham have the option of extending it by another year.
West Ham would be prepared to sell Rice for the right price in the summer of 2023 if he does not sign a new contract.
Rice joined West Ham when he was 14 after he was released by Chelsea. West Ham are away at Chelsea on Super Sunday, live on Sky Sports.
Three weeks ago, West Ham manager David Moyes said that Rice was worth at least £150m and reiterated that the midfielder not for sale.
When asked by Sky Sports if it just rumours regarding Rice leaving West Ham, and whether he’s heard anything, Moyes said: “If I had heard something, I wouldn’t tell you.

“But the best thing to say is that ‘no we’ve not’, and let me tell you, he’s not for sale. So, that may shut down any questions about Declan, but we do expect questions on him because he’s doing so well.

Previously, when asked by reporters if £150m represented a true valuation of Rice, Moyes said: “If you are interested, well, it will be north of that. One hundred was cheap last summer. One hundred and fifty just now would be minimum but he is not for sale. What I do know is that it means there are only certain clubs that could even consider it.”

Moyes also believes Rice has been one of the best players for England over the last few months, adding: “I think he’s been England’s best performer from the Euros. The most consistent performer.

“Some of the players are now playing very well, Harry Kane for example, but if you looked at it from the start of the season to where we are now, I’d put Declan in that very high consistent bracket.”
(Skysport)