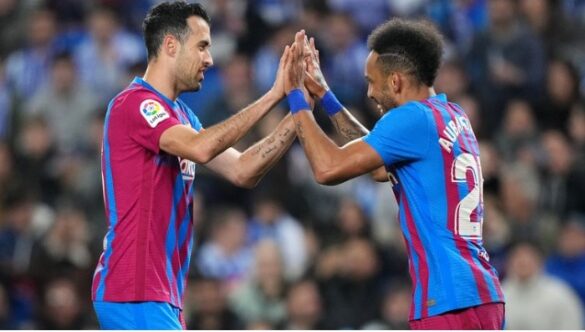 The ex-Arsenal forward scored with a close-range header after a cross by ex-Manchester City player Ferran Torres.

Shortly before Aubameyang’s goal, Ousmane Dembele’s shot came back off the post.

Barca were made to work hard for the points with Sorloth missing a further two chances as Real Sociedad piled on the pressure after half-time.

The game was briefly stopped early in the second half after an object was thrown onto the pitch.

Aubameyang, 32, joined Barca on a free transfer in February after not playing for Arsenal following a disciplinary breach in December. Only Memphis Depay has scored more goals in La Liga for Barca this season.