Chrisland School: “Why Tiwa Savage and Oxlade Should Be Blamed” 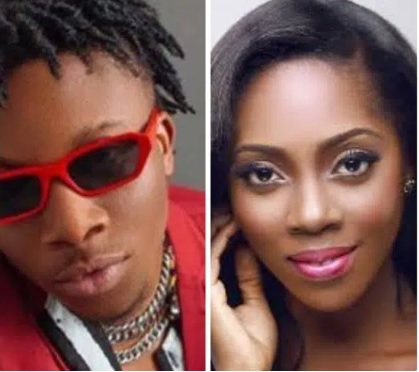 Naija News earlier reported that a 10-year-old (name withheld) of Chrisland school was suspended after she was involved in the escapade with her classmates.

The school situated in the Victoria Island Garden City on Monday in a statement disclosed the 10-year-old- student was suspended for taking part in “improper behaviour” after playing the truth-or-dare game, describing her as a “major participant.”
The video of the underage kids indulging in adult act stirred outrightly condemnation and outrage.

Reacting to the development, Samuel Jemitalo via his Instagram stated that singers like Tiwa Savage and Oxlade should be blamed for the Chrisland video.

According to him, these kids are on social media and exposed to the leaked tapes of these artists like everyone else is, and would invariably like to practice what they see.

He wrote; “#TiwaSavage and #oxlade should be blamed for the Chrisland School s*x tape. This children use smart phones, they’re also on #instagram, they see all these things that we see too #chrislandschools #chrislandschoolsextape”.
(Naijanews)