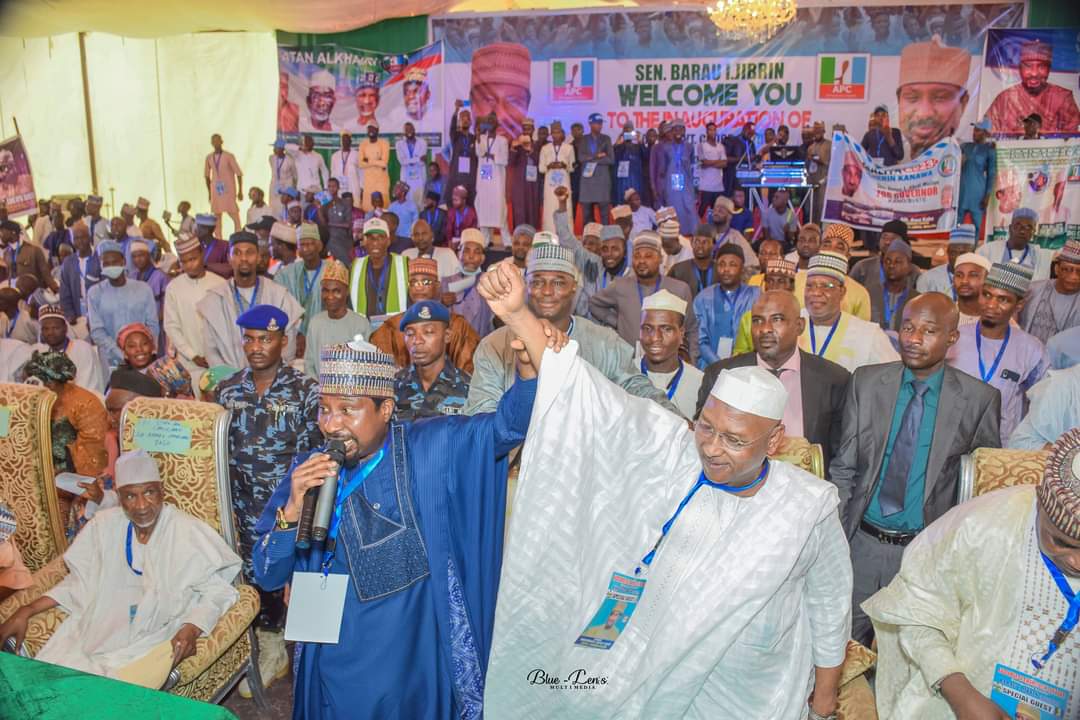 Senator representing Kano North, Barau I Jibrin has declared his intention to contest the 2023 gubernatorial race at the inauguration of the Campaign Committee to achieve his political ambition.

During the inauguration, on Saturday, former Kano State Deputy Governor, Prof. Hafiz Abubakar was appointed as the Campaign Director and Chairman of the central committee alongside other 10 members.

Members of the committee include women as well as representation from people with special needs.

In his acceptance speech, the chairman of the campaign’s central committee, Prof. Hafiz Abubakar, said that the committee will soon inaugurate other subcommittees that include, social media, Student associations, and a committee for the business community.

“We will soon unveil a reach-out strategy for the Barau I Jibrin’s campaign that will involve going to the grassroots, business communities, religious leaders, and associations.” “You all are free to start soliciting support in respect of the candidacy of Senator Barau I Jibril.”

On his part, the Governorship hopeful and Senate Committee Chairman on Appropriation, Barau Jibrin, thanked members of the committee for their sacrifices, just as he charged them to work closely with the campaign director in order to succeed in the Party’s primaries.