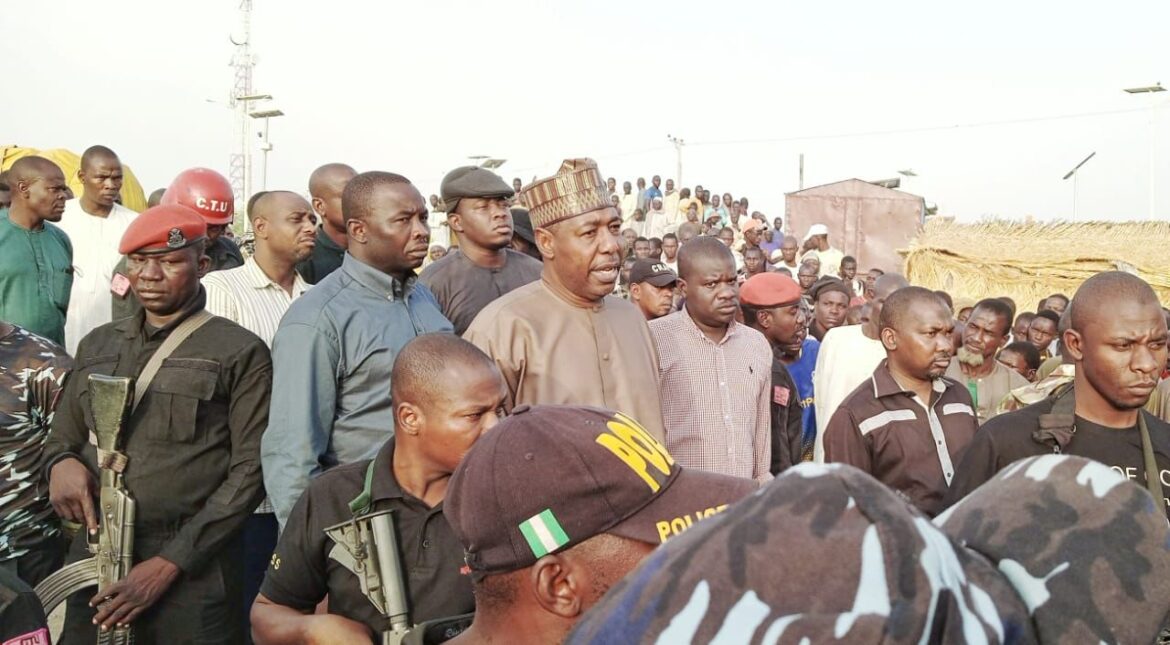 Borno State Governor, Professor Babagana Umara Zulum in Monguno, directed the release of five vehicles and a business grant as a stimulus to fish marketers.

Zulum’s offer, issued during an interactive meeting with fish dealers in Monguno town during his visit that ended Saturday, aimed to enhance the trading of dried fish previously suspended as a result of the activities of Boko Haram insurgents.

The Governor was in Monguno to supervise the distribution of N275m alongside bags of food items and textiles to over 90,000 IDPs and vulnerable members of the host communities, which he did from Thursday to Saturday.

Economic activities in Borno were disrupted due to Boko Haram’s attacks on security forces and communities, which led to the displacement of millions of people.

Before the insurgency, which disrupted business activities in most communities in Borno, dry fish was commercially supplied to other parts of Nigeria and to the neighboring countries.

Zulum has since 2019 directed the disbursement of billions of naira aimed at supporting business owners whose sources of livelihood were crippled by over a decade of conflict in the northeast.

Meanwhile, Governor Zulum has warned fish traders against any business deals that can support funding to Boko Haram/ISWAP.

“I warn you not to be involved with any illicit transaction that can jeopardize the security of our people. Anyone caught associating with criminal elements should blame himself” Zulum said.

The Governor urged the traders to cooperate with the security agencies by providing information about suspicious activities relating to insurgents.