Funke Akindele: She is not who you think she is! 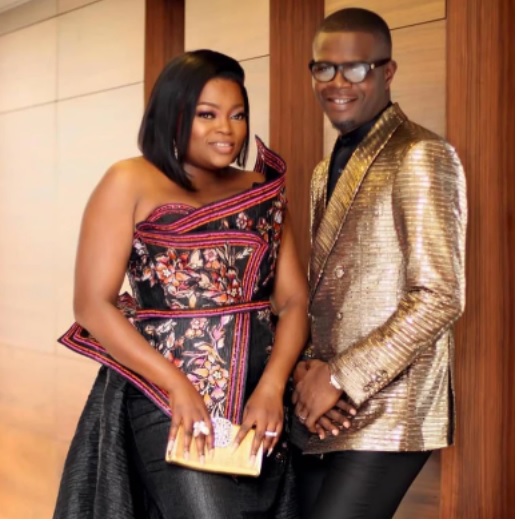 There are reports that all may not be well between Nollywood screen goddess Funke Akindele and her husband, JJC Skillz.
According to several reports, the wildly celebrated celebrity couple’s marriage has been hit with issues related to alleged financial misappropriation.

However, one of the movie star’s stepsons, Benito, hinted about the rumours being true after he commented on a Tiktok post that reported about the crisis in Bellos home.
According to the young man, the actress is not who many people believe she is.
He also added that he lived in their house for two years and it was a horror.

The young man has since disabled all his social media pages except his YouTube channel.

The celebrity couple are yet to release any statement concerning the latest development.
Funke and JJC Skillz got married in 2016. They welcomed their set of twins in 2018.

This is the movie star’s second marriage. The mother of two was married to popular Oshodi based businessman, Adeola Kehinde Oloyede.

The marriage only lasted for 413 days as reports of infidelity and abuse rocked the foundation of that union.
(Pulse.ng)