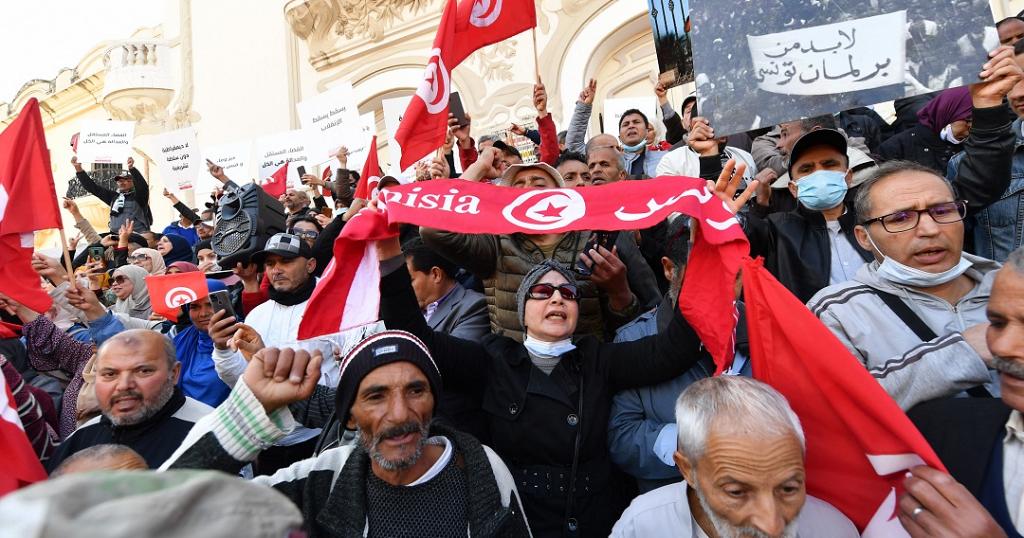 Over a thousand Tunisians rallied in the capital Tunis on Sunday calling for an end to what they describe as an ongoing power grab from their president Kais Saied. The protest was organized by a movement named “Citizens Against the Coup” along with the Islamic inspired Ennahdha Party, which has dominated Tunisia’s post-revolution politics and the recent dissolved parliament.

“It’s a political crisis that is growing, taking root and weighing heavily on the Tunisian economy and finances, on the daily life of people. The situation in the country is getting worse, we are suffering more and more that’s what eight months of Kais Saied’s rule created.” says Jawhar Ben Mbarek, Head of the “Citizens against the coup” movement.

President Kais Saied was elected in 2019. In July last year, he seized full powers by dismissing his prime minister and suspending the parliament. A parliament he decided to dissolve last month after some MPs held an online session to revoke his decrees.