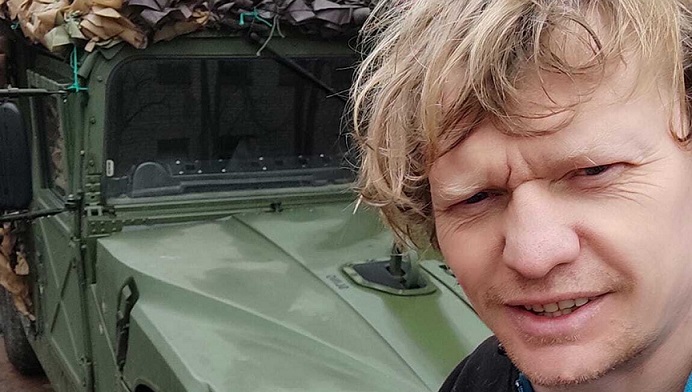 The Ukrainian photographer and documentary maker Maks Levin has been found dead near the capital, Kyiv, after going missing more than two weeks ago, presidential aide Andriy Yermak said on April 2.

“He went missing in the conflict area on March 13 in the Kyiv region. His body was found near the village of Huta-Mezhyhirska on April 1,” he said in a post on Telegram.

Reporters Without Borders confirmed the report on Twitter, saying Levin was killed like five other journalists since Russia launched its unprovoked war on Ukraine.

“Targeting journalists is a war crime,” the Paris-based media watchdog said, adding that Levin was “unarmed and wearing a press jacket.”

The prosecutor’s office said that, according to preliminary findings, Levin, “was fatally shot twice with small-arms fire, by servicemen” with the Russian military.

Levin, 40, a father of four, had been working with many Ukrainian and international media, including Reuters, the BBC, and the Associated Press.

John Pullman, Reuters’ global managing editor for visuals, said: “We are deeply saddened to hear of the death of Maksim Levin, a longtime contributor to Reuters, in Ukraine.”

“Maks has provided compelling photos and video from Ukraine to Reuters since 2013. His death is a huge loss to the world of journalism. Our thoughts are with his family at this difficult time.”