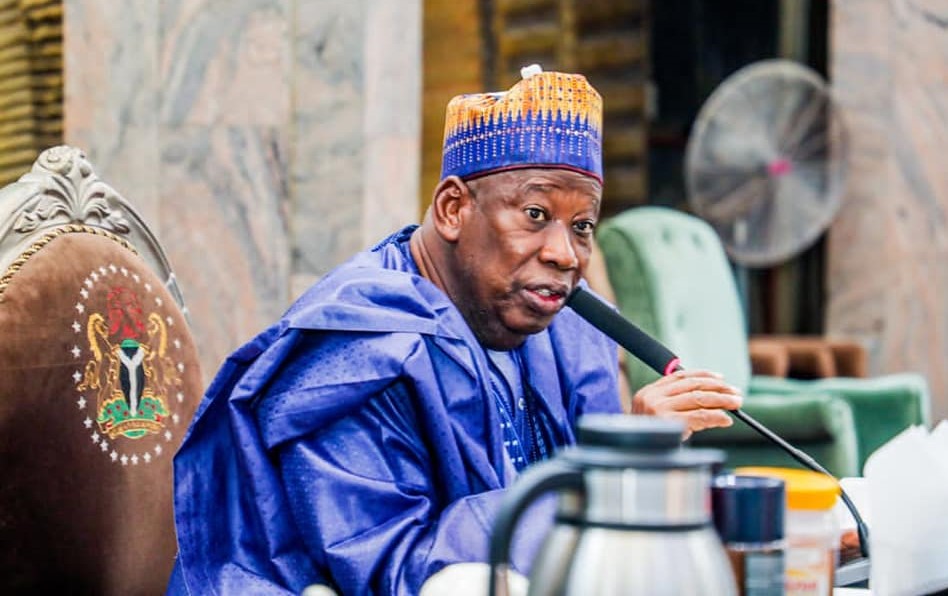 Governor Abdullahi Umar Ganduje of Kano state urged newly elected youth leaders of the ruling All Progressives Congress (APC) to work hard and propagate the ideals of the party for a stronger and healthier party ahead of the 2023 general election.

Ganduje’s spokesperson, Abba Anwar in a statement, Wednesday, said he made the call when he received the newly elected Youth Leader, North West, Abdulhamid Umar Muhammad, who was at the Governor’s Lodge, Asokoro, Abuja, Sunday, to thank the governor over his (Abdulhamid) victory as Youth Leader for the zone.

“Youth population is an integral part and a critical stakeholder for our national development. We always need them by our side to make our political and economic development more visible and sustainable,” he disclosed.

According to the statement, Governor Ganduje applauded that, all those newly elected Youth Leaders’ pedigree shows how useful and relevant they could be to further strengthen youth inclusion in politics.

Emphasizing that, with the new faces as Youth Leaders across all the six geo-political zones, including the National Youth Leader of the party, APC would continue to do more for youth inclusion in politics and in national development.

Adding that, “Our administration in Kano state, and I am sure we have similar experiences in all APC states, we have a special interest in deepening the role of youth in development.”

On their part, all the Youth Leaders commend the governor for his special concern for youth inclusion in governance, politics, and national development.