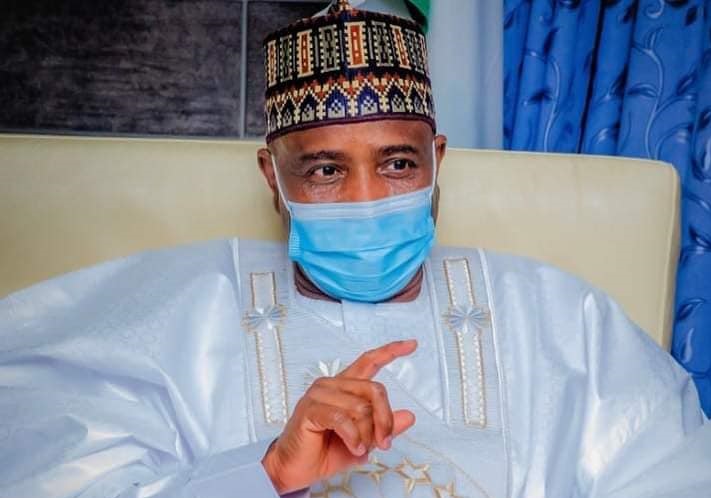 Governor Aminu Waziri Tambuwal of Sokoto State has reiterated that the task of seeking the position of President and subsequently running the office is not predicated upon the zoning of the quest and other isolated indices but upon the collective interest of all the people of the country whose existence and subsistence is at stake now.

According to Gov. Tambuwal, Nigeria is on the brink of collapse, thus requiring the communal resolve of all to save it from sinking completely.

The Governor stated this on Sunday when the Concerned Citizens of Nigeria purchased N40 million forms for him to indicate his interest in running for the number one job in the country next year under the auspices of the People’s Democratic Party (PDP).

“As our situation is in Nigeria today and in times like this, when the situation is so dire and the country is in distress, members of that community or country must come together and put whatever differences they have aside to save the country.

“It calls for every concerted effort from every and all concerned citizen to put their hands together to rescue it from an imminent collapse,” he said.

Lamenting the devaluation of the Naira, insecurity, corruption economic downturns, unemployment; inflation and every aspect of life that are failing, the Governor said his seeking the position of President is not an overbearing ambition, but a quest informed by the need to rescue the country from its quagmire.

He explained that having foreseen what later became the abysmal failure of the All-Progressives Congress (APC) misrule about two years after it came to power, he and his allies left the party for the PDP.

And, now, he emphasized, “it behooves us, as leaders, as responsible leaders of this country, to once again, come together to rescue Nigeria. It would be too bad for Nigeria if APC remains in charge of affairs after 2023.

“Nigeria is our common heritage. It is our country. All of us must be hands-on in saving our country,” he submitted.

He expressed gratitude to the group who presented him with the forms they brought and assured them that he will make his stand known after he concludes his ongoing consultation on the matter.

“As I said, I am still consulting. I will come back to you after my consultation very soon,” he said.

In his remarks, Mr Akinboro (SAN) said they purchased the form for the Governor in recognition of his sterling and the need to rescue the country from its current bad situation.

Describing the Governor as a young, active agile, and detribalized Nigerian with no zealous attachment to his faith, Mr. Akinboro added that he is a person with integrity who can be trusted to lead the country to prosperity.

IMF To Nigeria, Others: Take Advantage of Personal Income Tax