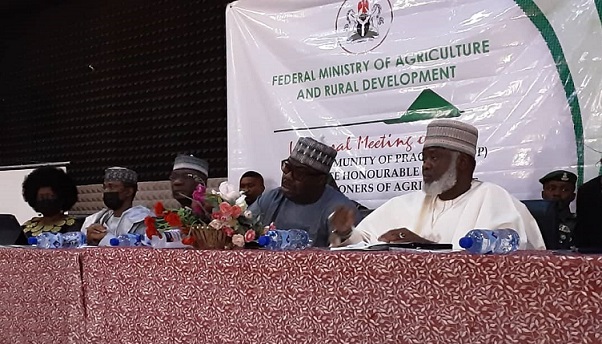 Kano State Deputy Governor, Dr. Nasiru Yusuf Gawuna has on Thursday been elected as the Chairman of the Forum of 36 States Commissioners for Agriculture at its inaugural meeting of Community of Practice (C.O.P) held at Chida International Hotel Abuja.

Dr. Gawuna’s spokesperson, Hassan Musa Fagge in a statement, said he has been Kano State Commissioner of Agriculture since 2014.

The Kano Deputy Governor was unanimously elected by the Commissioners of Agriculture in the country to lead the forum due to his commitment and contributions to the development of the sector.

Dr. Gawuna while thanking members of the forum of the COP for reposing their confidence in him, assured of continued contribution towards implementing policies and programs initiated by the Federal and States Governments for agricultural development.

The next meeting of the COP of States Commissioners of Agriculture is scheduled for 12 May 2022 in Kano.