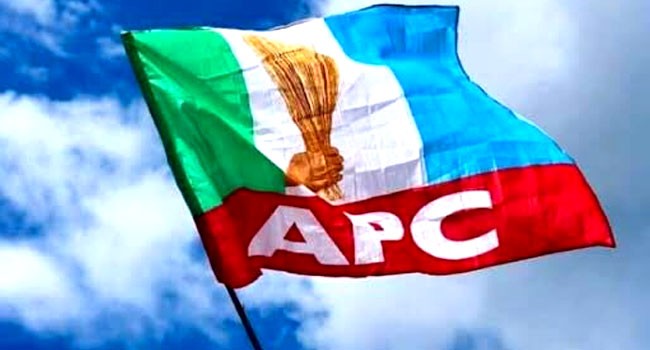 The All-Progressives Congress has barred political appointees from voting at its national convention holding on Saturday.

The party made this known in a press statement on Thursday.

The statement was titled, ‘Attention to political office holders who were elected as delegates.

It read, “The National Caretaker Extraordinary Convention Planning Committee of APC has declared that all political appointees who were elected as delegates to the National Convention slated for 26/3/2022 SHALL NOT VOTE in view of the controversy surrounding Section 84 (12) of the Electoral Act,2022.

“However, political appointees can still attend as observers.”

In the rejected bill, the president asked the National Assembly to amend Section 84(10) of the Act to allow political appointees to contest and participate in the primaries without resigning.

Section 84(10) of the Act specifically reads, “No political appointee at any level shall be a voting delegate or be voted for at the convention or congress of any political party for the purpose of the nomination of candidates for any election.”

Unknown to many members of the public, a lawyer and chieftain of the Action Alliance party, Mr Nduka Edede, approached a Federal High Court sitting in Umuahia on the matter – in a suit marked FHC/MU/SC/26/2022, with the Attorney General of the Federation as the defendant.

The judgment, delivered by Justice Evelyn Anyadike, nullified Section 84(12) of the newly amended Electoral Act, saying it violated the provisions of the Constitution.

Anyadike held that the section was unconstitutional, invalid, illegal, null, void and of no effect whatsoever, saying it ought to have been struck out.

A few hours after the judgment were delivered, the Office of Attorney General and Minister of Justice announced Federal Government’s plans to implement the court judgment allowing political appointees to run for office without resigning.

Some of the President’s ministers who are said to be planning to run for different offices include the Attorney-General of the Federation, Abubakar Malami, who is said to be eyeing the Kebbi State governorship seat; the Minister of Aviation, Hadi Sirika, who is believed to be planning to contest the governorship of Katsina State; the Minister of Transportation, Rotimi Amaechi, who is rumored to be eyeing the Presidency.

Others who are said to have political ambitions include the Minister of Labour and Employment, Senator Chris Ngige; the Minister of State for Education, Chukwuemeka Nwajiuba; and a few others.

On Wednesday, March 23, the Senate resolved to appeal the judgment by the Federal High Court in Umuahia, nullifying the provision of Section 84(12) of the Electoral Act 2022.