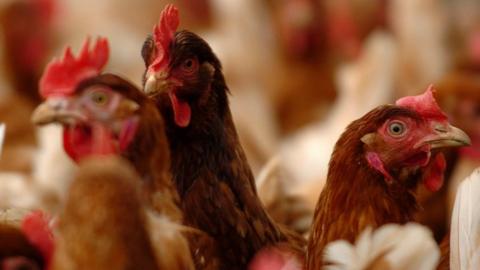 Sokoto State Government through the state ministry for Animal and Fisheries Development has commenced vaccination spray of all poultry farms across the state in view of reported new cases of avian influenza in neighboring states of Kebbi and Zamfara.

The State Commissioner for Animal Health and Fisheries Development, Professor Abdulkadir Usman Junaidu said, his ministry has received reports of Outbreaks of Avian Influenza in the neighboring states of Kebbi and Zamfara as well as other 25 states of the federation.

He said it was indicated in the reports that there were over 383 reported cases of the diseases across the country which compelled us to commence surveillance and vaccination of all poultry farms in the state with a view to keep the safe.

“There is 383,873 reported death of poultry birds across the country while over 1.8million were called off for destruction,” says Professor Abdulkadir.

“We could make sure that each and every poultry farm in the state is enlightened on the dangers of avian influenza as it relates to production and sales of live birds and eggs. “

“Avian influenza is a disease of public importance as such we would intensify efforts to ensure that citizens of the state and indeed citizens of other states were not infected by the disease as a result of consumption of infected poultry eggs and meat.”

The Commissioner further stated that the Vaccination exercise which entered its fourth day today saw the vaccination of Birds at Ambarura farm, Ibrahim Gusau farm, Bini farm, and poultry markets in and around Sokoto metropolis.

The detection of these viruses in poultry does not change the risk to the general public’s health, which the Centers for Disease Control and Prevention (CDC) considers low outbreaks in domestic poultry, in addition to infections in wild birds, may result in increased exposures in some groups of people, particularly poultry workers.

Many different combinations of “H” and “N” proteins are possible. Each combination is considered a different subtype, and related viruses within a subtype may be referred to as a lineage.

“Avian influenza viruses are classified as either “low pathogenic” or “highly pathogenic” based on their genetic features and the severity of the disease they cause in poultry.

“Most viruses are of low pathogenicity, meaning that they cause no signs or only minor clinical signs of infection.”