‘Putin will not stop in Ukraine’, Lithuanian president warns Blinken 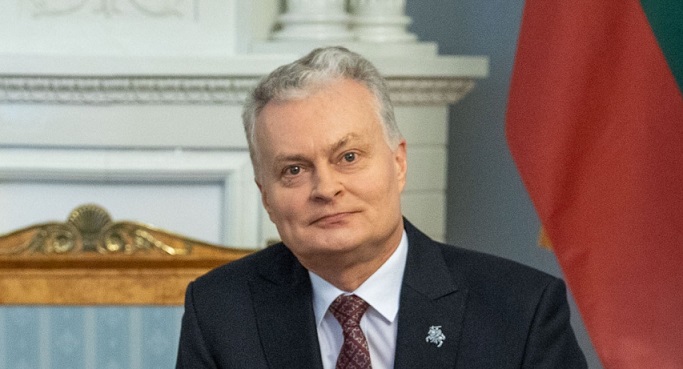 Addressing the U.S. secretary of state as he began a tour of Baltic states, Nauseda said Russian leader Vladimir Putin “will not stop in Ukraine” and that the world had an obligation to help Ukrainians “by all means available.”

“I mean indeed all means if we want to avoid the Third World War. The choice is in our hands,” he said.

Blinken was set to visit neighboring Latvia and Estonia on Monday and Tuesday.

Belarus, which borders Lithuania and Latvia, allowed Russia to launch the assault from its territory after it had its troops stationed there for weeks under the guise of joint military exercises.

The top U.S. diplomat earlier told staff of the U.S. embassy in Vilnius that Russia’s invasion of Ukraine challenged basic principles designed to keep the peace between nations.

“It’s important that people understand what’s actually at stake and it goes beyond even Ukraine, beyond even the Baltic countries, beyond even Europe,” Blinken said.

Some diplomats assigned to the U.S. embassy in Belarus are also in Vilnius after the mission was closed over security concerns last week.

Belarus last year barred Ambassador Julie Fisher from taking her post and told Washington to cut its embassy staff in response to U.S. sanctions after Belarusian leader Alexander Lukashenko’s crushing of protests in 2020.

Introducing Blinken, Fisher said U.S. diplomats in Minsk had welcomed the families of political prisoners into their homes to show U.S. support.

“Unfortunately, the (Belarusian) regime has been tirelessly writing new chapters of the authoritarian’s playbook,” Fisher said. She brought up how last year Belarus forced a passenger jet to land so it could arrest a dissident and engineered a refugee crisis on Poland’s border, and its support for Russia’s invasion.

NATO countries have ramped up their presence in the Baltic nations in recent weeks and more troops and equipment are on the way, policy makers have announced.