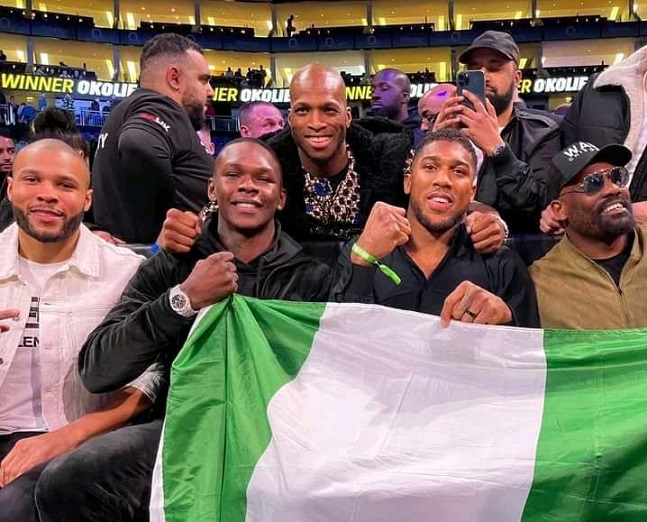 Lawrence Okolie went on to make a successful second defense of his cruiserweight belt.

He was flanked by former heavyweight world champion Joshua and by UFC welterweight champion Adesanya at The O2 arena.

Cieslak clung on for dear life to avoid slipping to the canvas and was able to survive to hear the bell.

Okolie was in charge of the second round but was at times guilty of lunging in as Cieslak attempted to smother the champion’s offenses.

Cieslak landed a left hook, which caught Okolie on the chin at the start of the third period.

The challenger had weathered the early storm and had succeeded in frustrating the home favorite.

Okolie waited patiently for his opening and found the target with an overhand right in the fifth round forcing Cieslak to the canvas.

Okolie sensed victory over the bloodied visitor but Cieslak battled on to the midway point of the contest.

Cieslak had lost just once prior to Sunday night and became just the third man to take Okolie past the seventh round.

Okolie found the target with his right hand in the ninth round but shipped a left hook in the dying seconds of the session.

Cieslak took another heavy right hand in the 10th round – and again in the penultimate stanza.

Okolie was determined to finish the fight in the final three minutes but Cieslak survived to hear the final bell.